SINGAPORE - Hwa Chong Institution may be steeped in Chinese history and language but the school has taken steps to ensure its students are exposed to different cultures, said Prime Minister Lee Hsien Loong.

He underlined the importance of having multicultural exchanges in a speech to some 12,000 alumni at the school's 100th anniversary gala dinner held at its campus in Bukit Timah.

"Maintaining such multicultural exchanges is critical to promoting cohesion and integration in our society," said PM Lee in Mandarin on Thursday (March 21).

Hwa Chong, a Special Assistance Plan (SAP) school, has few non-Chinese students. The school has, however, striven to give students the opportunity to mix with peers of different races and backgrounds through a range of activities, PM Lee noted.

Besides Hwa Chong, every school should promote the spirit of openness and tolerance because it helps preserve the foundation of Singapore's multiracial and multicultural society, he added.

"At the same time, we should also strengthen the teaching of mother tongues, enrich the heritage of our society, and further consolidate our country's multiracial, multicultural national identity."

Speaking in both Mandarin and English, PM Lee traced Hwa Chong's history and said it is very much intertwined with Singapore's. 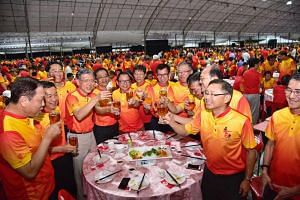 The school, which started with around 70 students in a small building in Niven Street, has witnessed and participated in many pivotal events, he said, from World War II to the fight for independence from the British in the 1950s and separation from Malaysia in 1965.

For instance, many Chinese students - including those from Hwa Chong - joined anti-colonialism protests post-World War II.

On the one hand, they were inspired by a movement happening in the world, he noted. On the other, some felt they had been treated unfairly under the colonial system, and wished to rise up against it.

"In the turbulent 1950s and 1960s, Hwa Chong provided the backdrop for anti-colonial and anti-government struggles, and many students were affected by left-leaning thinking," he said. "It was a time of turbulence."

Enrolment in Chinese-language schools dwindled in the 1970s as English schools grew in popularity. Nine SAP schools were thus introduced in 1979, to preserve the traditional Chinese school cultural environment.

Hwa Chong was one of the nine. Today, the school is recognised for its high academic performance and bilingual alumni, PM Lee said.

He added that the school has to make a concerted effort on three fronts to continue thriving as an educational institution.

First, it must uphold high academic achievements, even as it continues to emphasise all-rounded education and the cultivation of character and values.

Second, it has a "special responsibility" as a SAP school to promote Chinese traditional culture, values and heritage, and to help students to master their mother tongue.

"This was the reason Mr Lee Kuan Yew introduced SAP schools in 1979. He wanted to revive the spirit of the old Chinese middle schools," he said, adding that these schools "emphasised character development, seriousness of purpose, and the spirit of community". 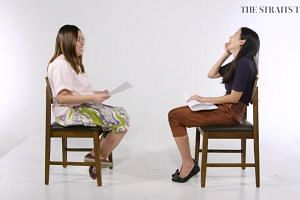 Being Chinese in multiracial Singapore: A framework to check one's ignorance

Third, Hwa Chong students must "understand the context of our society, and their own responsibilities within it".

"You must know how Singapore society works, identify with fellow Singaporeans of all races and religions, and feel a responsibility for your fellow citizens," PM Lee said.

"You need to feel a calling to participate in community and national affairs, to contribute to the society and system that has nurtured you, and to take on leadership roles to help take Singapore forward," he added.

Concluding in Mandarin, PM Lee noted that Hwa Chong is celebrating its 100th anniversary and Singapore, its bicentennial.

The road ahead is full of trials and tribulations, he said. But citing the school's motto for continuous improvement, he said the country will continue to flourish if it adopts that same approach.