Most want to wed but 59% are not dating seriously and 41% have never done so: Poll

Most of Singapore's singletons intend to marry, though six in 10 are not dating with marriage in mind and four in 10 have never had serious relationships, according to a new government survey.

These were some key findings released by the National Population and Talent Division (NPTD) yesterday from its Marriage and Parenthood Survey.

Commissioned to understand public attitudes and perceptions towards marriage and parenthood, the survey polled 2,940 singles and 2,861 married Singapore residents - both groups aged 21 to 45 years old - last year. Similar surveys were conducted in 2004, 2007 •and 2012. 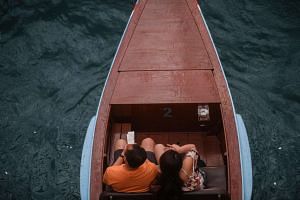 Minister in the Prime Minister's Office Josephine Teo, who oversees population matters, wrote on Facebook yesterday that she is happy that marriage and parenthood remain important life goals that many Singaporeans aspire to.

Statistics show that more Singapore residents in their mid- to late-20s are staying single. They make up 70 per cent of the people in their age group in 2015, a sharp rise from 50 per cent about 15 years ago, according to the latest General Household Survey.

As more people go online to find love, industry players cautioned against using unaccredited dating apps which may harbour singles who are not looking for life partners. Ms Violet Lim, chief executive of Lunch Actually Group, said a delicate balance needs to be struck between making sure a mobile app is legitimate and ensuring the safety of users while not scaring users off by over-regulation.

A version of this article appeared in the print edition of The Sunday Times on July 09, 2017, with the headline 'Love and the single S'porean'. Subscribe
Topics:
More
Whatsapp Linkedin FB Messenger Telegram Reddit WeChat Pinterest Print Purchase Article Copy permalink