One year after riot, Little India has most definitely changed 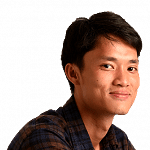 On Dec 8 last year, at around 8pm, I was in Little India at a Housing Board block in Chander Road, adjacent to Race Course Road, shooting pictures for a story about alcohol consumption which was slated to be published the following day.

The place, albeit noisy with big groups of people drinking and spilling out on to the void deck, was vibrant and extremely welcoming.

I approached several foreign workers who were enjoying a beer and they were more than happy to talk to me - taking photographs was not a problem, either.

I left the place after getting my shots but got a call from a supervisor to return to the area because of a reported riot.

Just after the junction of Bukit Timah and Race Course roads, I was greeted by the unusual sight of tall flames and a line of Special Operations Command personnel facing off against a mob in the distance, men who periodically threw projectiles towards the policemen.

Shortly after, a burning ambulance in the distance exploded and I headed to Tekka Centre to get closer to the scene.

While making my way towards the fire, I couldn't help but notice the severity - and surreality - of the situation and the vast difference in atmosphere a mere two hours made.

As the night passed, I snapped pictures of a very different Little India - a far cry from the picturesque tourist attraction that it had been.

Vibrancy had turned to chaos. Shouting by policemen and rioters echoed through connecting lanes, with the ambulance still burning eerily a short distance away.

I could sense the dilemma of the policemen as they manoeuvred around the scene, strewn with debris and rubbish from overturned dustbins.

At the end of the night, I was still trying to grasp what I had just witnessed - scenes I had seen in news photographs from everywhere else but Singapore.

The riot being the biggest piece of local news last year, many stories followed this year, and I had the opportunity to revisit and observe how the stretch of Race Course Road had changed.

While the number of foreign workers frequenting the area on weekends in the aftermath of the incident declined sharply, the police presence increased dramatically.

The sale and consumption of alcohol in the area became a sensitive issue, with bans put in place. Barricades were set up on weekends and auxiliary policemen helped to direct vehicular and human traffic along busy junctions in Race Course Road.

More On This Topic
Little India Riot: One Year Later - Have we moved on?

One year on, the hustle and bustle is still a far cry from what it used to be. While the crowds may be returning, the area in Race Course Road is much more "tame" and less vibrant than before.

Two things stood out for me when I was there last Sunday - the newly built bus terminal for shuttle buses ferrying foreign workers to and from their dormitories, and the cordon tape put up at restaurants and beer gardens to mark the boundary between the no-drinking zone and the area where alcohol may be consumed.

The fenced-up bus terminal in Tekka Lane looked to me almost prison-like, with several members of the Singapore Police Force around the outskirts when I visited the area.

The establishments surrounded by cordon tape made for an interesting sight. To me, the area had become tightly controlled and extremely cautious.

That said, many things remained unchanged. The grassy fields in Race Course Road are still frequented by cricket enthusiasts who are mainly from Tamil Nadu in South India, with small crowds turning up to watch.

Foreign workers patronising barber shops and photo parlours there still turn up in force, drawn by good deals, and popular areas around Chander Road are bustling with people, most using their phones to call home, or hanging out with friends who might live in different areas of Singapore.

One year on, the buzz around Race Course Road isn't the same. Little India has most definitely changed.