An activist for lesbian, gay, bisexual and transgender (LGBT) rights, who is a retired general practitioner, has filed a new court challenge against Section 377A of the Penal Code, a law that criminalises sex between men, arguing that it is unconstitutional.

He is represented by lawyer M. Ravi from Carson Law Chambers. Mr Ravi filed the case in the High Court last Friday.

Section 377A criminalises acts of "gross indecency" between men, and the offence carries up to a two-year jail term.

In court documents seen by The Straits Times, Dr Tan said that Section 377A is inconsistent with Article 9 of the Constitution, which states that no person shall be deprived of life or personal liberty save in accordance with law.

He also said that Section 377A is inconsistent with Article 12, which states that all persons are equal before the law and entitled to its equal protection, and Article 14, which states that every citizen of Singapore has the right to freedom of speech and expression.

Dr Tan said in a statement yesterday that the challenge is based on "novel arguments".

For example, the public prosecutor has discretion on whether or not to prosecute an accused person under Section 377A, and the Government has said that the law will not be enforced against acts done in private, Dr Tan said.

He added that this is incongruous with Section 14 of the Criminal Procedure Code, which requires the police to unconditionally investigate all complaints of suspected arrestable offences.

"This subjects gay men to the potential distress of an investigation into private conduct, where they have a legitimate expectation that the state will decline to prosecute," Dr Tan said in his statement.

Dr Tan said: "By institutionalising discrimination against and stigmatising them, (Section 377A) sets the gay community apart from mainstream society. This alienates them from having a sense of belonging to the country, a purposeful place in the society and taking pride in its achievements." 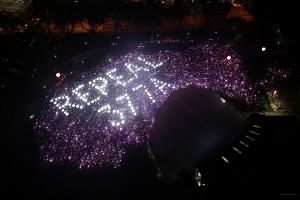 I was 'afraid of being penalised' under 377A: Accused doc

Workers' Party will not call for repeal of Section 377A, as there is no consensus among its leaders: Pritam

A pre-trial conference has been set for Oct 8. The case will challenge the Court of Appeal's previous ruling in 2014 that Section 377A is constitutional.

The three-judge Court of Appeal had then rejected two separate challenges by Mr Tan Eng Hong, then 51, who was also represented then by Mr Ravi, and a gay couple, Mr Gary Lim, who was 46, and Mr Kenneth Chee, who was 38.

Two other constitutional challenges against Section 377A are currently before the courts. One was filed by Mr Bryan Choong last November. Mr Choong is the former executive director of Oogachaga, a non-profit organisation working with the LGBT community. Another was filed last September by disc jockey Johnson Ong Ming, whose stage name is DJ Big Kid.