The last few occupants of St John's Island, who had been asked to leave by this year, may be spending their twilight years on the island after all.

The Singapore Land Authority (SLA), which is taking over the state land from managing agent Sentosa Development Corporation (SDC) on March 1, told The Straits Times it is "working out an arrangement" with the ageing islanders.

A Straits Times article in December, which reported that SDC senior support assistants, Madam Fauziyah Wakiman, 65, and Mr Supar Saman, 67, would retire to the mainland in the lead-up to the corporation handing over management of the island, sparked dismay among the public.

The duo have lived on the quiet island south of Singapore for decades. 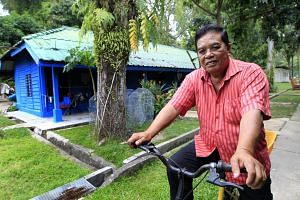 Last islanders on St John's to leave by new year

People saw their fate as the loss of a bygone way of life and asked if it was necessary to uproot the couples. 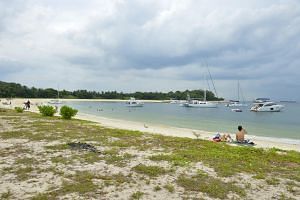 In its response yesterday, SLA noted that the islanders had lived and worked on the island for many years, and had expressed their desire to continue living there.

SLA's spokesman said: "We are supportive of their request as they have volunteered to continue contributing to the islands where they can and we are working out an arrangement with them."

The islanders, who were in the process of moving out, welcomed the news.

Mr Supar said he was "happy".

"I've moved half my belongings to Singapore but I'm glad that they changed their minds."

SDC, which oversees maintenance of the island and "on-site guest support", had said in December last year that it provided staff living quarters on the island so the two employees would not have to travel back and forth between the island and the mainland.

The Straits Times understands they will get to continue living in these quarters, and that the matter of an allowance is being discussed.

Among those who had pleaded for the islanders were members of Singapore's heritage community.

Said heritage enthusiast and freelance writer, Mr Marcus Ng, 41, who is a frequent island visitor: "The islanders can share with visitors the island's history and how it has changed over the years as first-hand witnesses.

"This is not something you can get from reading a book or an article."

The island has served as a quarantine station for cholera patients, a holding site for political prisoners and secret-society ringleaders, and a drug rehabilitation centre.

Over the decades, staff at these centres had lived on the island, although most had left by 1975, said Mr Sulih.

A version of this article appeared in the print edition of The Straits Times on February 23, 2017, with the headline 'Last islanders likely to get to remain on St John's'. Subscribe
Topics:
More
Whatsapp Linkedin FB Messenger Telegram Reddit WeChat Pinterest Print Purchase Article Copy permalink