She contests claims for more than $200,000 over contract breaches, and files countersuit

"Jackpot Auntie" Choo Hong Eng, who was hailed for giving away $410,000 in casino winnings to charity, is being sued for more than $200,000 by the company she helped start.

Madam Choo, a shareholder and director of Kwan Inn Vegetarian Cuisine, has been accused of contract breaches, not fulfilling her director role and defamation.

The 63-year-old made headlines in October 2011 when Marina Bay Sands Casino initially declined to pay her the $410,000 she won on its slot machines. Claiming that the machine had been faulty, it instead offered her a car worth $250,000.

But MBS later relented, and Madam Choo gave all the money to nearly 30 charities, including the Singapore Buddhist Federation and the National Kidney Foundation.

Now, she is in the news for very different reasons.

She is contesting the claims by Kwan Inn and countersuing the company to account for all monies paid by her on the firm's behalf and pay any sums due to her, as well as asking the court to declare the documents signed last year as void. 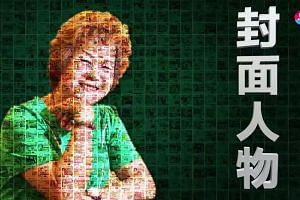 The Newsmaker: "Jackpot Aunty" says she is not a high profile person

STICKING TO HER STANCE

I will leave all these matters of the law to the lawyers... I will still walk my own path, and my workers will carry on their work.

MADAM CHOO HONG ENG, saying she would respect any decision the courts make.

These documents relate to last year's sale of a 50 per cent stake in Kwan Inn, which Madam Choo and a partner originally owned, to food and beverage firm Jus Delish Group.

Under the sale terms, Madam Choo was hired as brand ambassador for Kwan Inn at $8,000 a month, and had to cease running the Kwan Inn (Geylang East) Vegetarian Food stall she owned upon securing a catering licence for the company by Dec 28 last year.

Kwan Inn, which owns seven vegetarian food stalls, had been paying for the Geylang stall's overheads since last July, and collecting its revenues until April 16 this year.

It alleged that in April, it discovered Madam Choo had been ordering excess stocks which could not be accounted for when the sales revenue for the stall was tallied. Among other things, she had put $25,786 on the stall's tab over just 13 days.

She also allegedly ignored instructions to stop work for two days to allow for the annual stock taking, and continued to operate as if the stall was her own.

The company sacked her on April 19. Yet she refused to vacate the stall or hand over all sales revenue to the company and continued to run the stall for her own benefit, according to court papers.

The firm claimed that it lost $200,000 in estimated revenue from the stall for April and May.

The company's lawyers Timothy Tan and Magdalene Chew applied for a court injunction earlier this month to stop Madam Choo from entering the Geylang premises and to hand over all sales revenues since April 16. A High Court hearing on the injunction is due next month.

Madam Choo, in defence documents filed by her lawyer Sng Kheng Huat, argued that the documents she signed last year were different from the terms that were orally agreed on earlier.

She alleged that the deal was supposed to let her run the Geylang stall without interference from the company, which was to bear the running costs. She said she cannot read English, and claimed that the contents of the documents were not explained to her. She was also not allowed to seek legal advice.

Madam Choo told The Straits Times yesterday that she would respect any decision the courts make. "I will leave all these matters of the law to the lawyers." Until then, "I will still walk my own path, and my workers will carry on their work".

A version of this article appeared in the print edition of The Straits Times on September 22, 2017, with the headline ''Jackpot Auntie' in legal tussle with firm she helped set up'. Subscribe
Topics:
More
Whatsapp Linkedin FB Messenger Telegram Reddit WeChat Pinterest Print Purchase Article Copy permalink