Interns working at foreign investment banks in Singapore and sovereign wealth fund GIC can receive between $3,000 and $5,000 monthly, according to data compiled by jobs site Glassdoor.

The highest-paying companies - according to a handful of reports from each institution - are foreign investment corporations Barclays, Macquarie Group and Goldman Sachs.

Glassdoor bases its rankings on self-reported salary numbers offered by current interns or those who have completed internships within the past year.

For its recent analysis of interns' pay in the United States, Glassdoor considered salaries only for positions that had 25 or more reports.

However, such in-depth data is not widely available for Singapore, with most internships in the higher pay brackets based on a sprinkling of reports from past interns. For Australian investment bank Macquarie, for instance, there were just two reports. 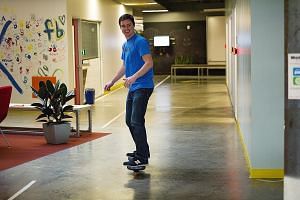 There were seven intern reports for GIC, showing a monthly average of $3,600.

The most reliable data was for energy giant ExxonMobil , with 57 interns reporting their monthly salary, which averaged $1,217. This was closely followed by consulting firm Accenture, which had 51 reports that put the average monthly salary at $1,198.

Offering high salaries to interns may serve a company's purpose, especially in a tight labour market.

According to Mr Erman Tan, 52, president of the Singapore Human Resources Institute, it could be an incentive for young talent to return to the organisations after completing school, or signal that the intern is providing work of high value.

"It may be part of the HR strategy of a company to send a clear message to the interns that the organisation sees their potential."

A version of this article appeared in the print edition of The Straits Times on May 04, 2017, with the headline 'Interns here can get up to $5k monthly, data shows'. Subscribe
Topics:
More
Whatsapp Linkedin FB Messenger Telegram Reddit WeChat Pinterest Print Purchase Article Copy permalink