It has also seized the products, the agency said in a statement to The Straits Times on Monday (Oct 9).

"AVA has not approved the import of instant hotpot products containing meat such as Ba Shu Hotpot," the statement added.

“As AVA did not approve these products for sale, the ‘AVA certificate’ circulating online is fake.”

ST understands that the certificate AVA referred to is a licence issued to a Ba Shu Hotpot supplier to import processed food products and appliances, but with the product’s logo superimposed on it.

Food products containing meat can be imported from only approved sources that comply with AVA food-safety standards and requirements, as these products could carry animal and food-borne diseases of public health and trade importance, AVA said.

It is one of several instant hotpot brands being sold online on websites such as Qoo10 and Shopee Singapore, as well as shopping app Carousell.

The products come with a heat pack that, when activated by room-temperature water, generates enough heat to steam a small bowl of ingredients for up to 20 minutes.

In its statement, AVA advised the public to purchase food from reputable sources, and to exercise discretion when buying food online. 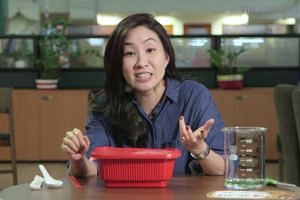 "Licensed food importers are required to ensure that the food products comply with the AVA's food-safety requirements and standards, regardless of the channel of sale."

Ba Shu Lan Ren, which launched its hotpots last December, told The Straits Times in July that it has six main suppliers in Singapore.

One supplier is Joneve Trading, which had been importing the hotpots since February. The hotpots proved to be so popular that in May, over 10,000 individual packs were snapped up.

The firm's co-founder, Ms Eve Lim, 27, told ST on Monday that she was informed by AVA in early August to stop the import and sale of the hotpots.

Ms Lim also said that AVA had issued her a valid licence - a copy of which ST has seen - to import the product.

She said: “I thought all was well until they (AVA) visited my warehouse in early August and said they had to approve the meat used by Ba Shu Lan Ren in their products.”

Explaining why enforcement action was taken against Joneve Trading, an AVA spokesman told ST that the Cargo Clearance Permit the firm applied for was for food items which do not contain meat and seafood.

"In this case, it was a false declaration as the instant hotpot product does contain meat," he said.

When contacted on Monday, Carousell said it was working closely with AVA to actively remove listings of instant hotpots with meat from its marketplace.

"Where available, we will provide the advisory notice issued by AVA to the sellers when we remove their products," it added.

AVA added that it conducts inspections and surveillance, including sampling for testing, on imported food products to ensure they comply with the necessary requirements and standards.

Those convicted of importing food from unapproved sources can be fined up to $50,000 and/or jailed for up to two years for the first conviction.

In the case of a second or subsequent conviction, they can be fined up to $100,000 and/or jailed for up to three years.