SINGAPORE - Mediacorp has been fined $5,500 for racially insensitive content in a Toggle episode, the Infocomm Media Development Authority (IMDA) said in a media release on Thursday (May 4).

IMDA said it imposed the financial penalty on Mediacorp for breaching the Video-On-Demand Programme Code.

In the episode of Toggle's Chinese-language Web drama series, I Want To Be A Star, first aired on Sept 5 last year, a character played by veteran actor Chew Chor Meng said Indians and Africans were the same.

Chew added that it would make no difference casting an Indian as an African in a TV production.

Chew's son in the series, played by Chinese Singaporean actor Shane Pow, was also shown in the same episode wearing an Afro wig and donning "blackface", or black make-up. 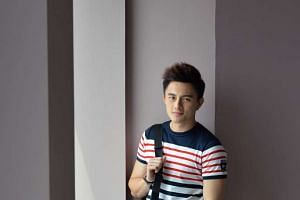 IMDA in its statement said the segment was "racially insensitive and constituted racial stereotyping that might offend certain segments of the community".

It noted that Mediacorp promptly removed the offensive segment from the episode and "has taken remedial action to prevent a recurrence".

Netizens reacted to the episode with anger and disbelief, and Toggle removed it and posted an apology on its official Twitter page.

Mr Anil Nihalani, who heads Toggle, told ST then: “We’re sorry for the blackface portrayal. We take race-related issues very seriously and that portrayal should not have happened. We’ve removed the offensive scenes from the programme and will ensure something like that doesn’t happen again.”