It depends on whether you plan to live there for life, or whether you hope to sell it later for a profit

The debate over National Development Minister Lawrence Wong's comments about the Housing Board's 99-year leases was necessary, but should not become alarmist.

Mr Wong got it absolutely right on both counts. First, when he issued a warning on his blog that people shouldn't be buying very old Housing Board resale flats in hopes that they would get Sers.

That's the Selective En bloc Redevelopment Scheme (Sers), in which the Government picks HDB estates it wants to acquire for redevelopment. It gives flat owners market-rate compensation, and replacement units at discounted prices.

Singaporeans see Sers as akin to winning the lottery as the compensations are fairly generous (especially for those who bought their flats some time ago) and they get brand-new HDB flats with a fresh 99-year lease. 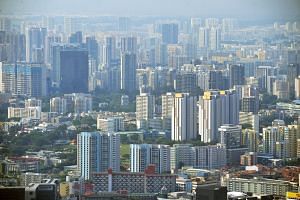 HDB leases and what's in store for retirement as society ages 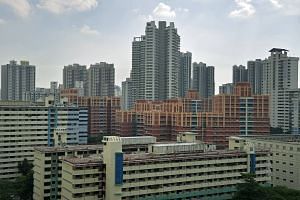 Buying an old HDB flat? Here are some things to consider

Mr Wong's stark reminder to HDB flat buyers not to expect every block to get Sers was necessary, given that only 4 per cent of flats have been picked for Sers.

I have spent years house-hunting - for myself, and for family and friends who ask me to tag along once they realise I don't mind spending weekends traipsing up and down HDB blocks in search of The One. I've been perturbed in recent years by the high prices young buyers are willing to pay for ageing HDB resale flats. So paternalistic has the Singapore Government been, that agents and home-owners blithely assume the state will bail out HDB flat-owners and offer Sers, or some other scheme that will leave them with generous payouts as the lease nears its 99-year expiry date.

As I wrote in a blog last week (http://www.straitstimes.com/opinion/how-to-figure-out-if-an-old-hdb-flat-is- worth-its-asking-price) , the narrative of asset enhancement and generous government payouts may have held true in the 1990s, but has changed as we approach 2020.

A tighter fiscal position, an ageing population, a tighter immigration policy, and sheer political uncertainty (who knows which party will be in government when your HDB lease nears its end) mean we can't assume that HDB flat prices will defy logic and remain high as the flats age into their third, fourth, fifth decades and beyond.

Mr Wong did a public service with his candid and necessary reminder. He got flak for it, but he wasn't the first to warn against over-exuberance in HDB purchasers.

In 2013, then-National Development Minister Khaw Boon warned: "Looking ahead, as we may no longer get the same kind of returns from reselling an HDB flat as in the past, how will its role as an asset be affected?"

A slew of articles in mainstream and social media have beat this warning drum.

In May 2014, for example, an article on iMoney gave its take on "Why HDB Flats May Not Be the Foolproof Assets You Thought They Were" and concluded that "the warning shots have already been fired by the government, now the onus is on Singaporeans to reassess the financial leverage their HDB flat can offer them and accordingly reshape their financial investment strategies".

Mr Wong's blog post got a lot of attention this time, as the issue was picked up by mainstream media. It was also widely shared and discussed on social media.

To assuage concerns, he wrote a second post last week to stress that HDB flats remain a good store of value and retirement asset.

This was presumably in response to some over-reaction as people warned that ageing HDB flat prices might fall. Property purchases being driven as much by sentiment as by fundamentals, he was clearly trying to inject calm back into the discussion.

I think that was the right thing for him to do too.

But how is the Singaporean to make sense of this new normal in the HDB resale market?

The fundamentals of HDB flats have not changed. They remain highly attractive buys for young couples, as subsidised flats that now draw an increasing array of generous housing grants. (About $75,000 for a couple with joint monthly income of $5,000, according to Mr Wong's example).

Live in the flat for its minimum occupation period of five years. Then do your sums. If you want to cash out at the optimal time, current figures suggest selling your flat when it is under 20 years old. You will still get the proverbial HDB windfall.

If you want to stay on, current data suggests you might as well keep it for 20 to 40 years. That's because flat prices seem to be fairly similar in that age range, according to SRX Property's analysis of HDB resale transactions in at least three estates last year.

"For example, the median per sq ft price paid for flats in Bedok with lease commencing in 1970 (aged 46 years in 2016) was $407, just slightly lower than $414 for those built in 1995 (aged 21 years). Median transaction prices were much higher for newer flats built after 1995," my colleague Wong Siew Ying wrote in the excellent analysis "Will you still love your HDB flat when it's over 64?" (http://www.straitstimes. com/opinion/will-you-still-love- your-hdb-flat-when-it's-over-64)

That whimsical headline was a reference to analysts warning of a sharp fall in value when an HDB flat crosses 64 years of age, when the lease remaining is less than 35 years. Bank loan restrictions kick in then.

When the flats hit 69 years, you can't even use Central Provident Fund savings to finance the mortgages. Another downer.

So if I were looking for a resale flat, I would buy an HDB flat that is under 20 years old, and hope to be able to sell it at a reasonable price (not a high profit) in another 10 years. If current trends remain, prices should remain stable.

I would not buy an HDB flat that is 30 or 40 years old if I wanted to resell it for some profit a decade later. I will buy an old HDB flat only if I view it as a consumption item, which means living in it into my old age. Its resale value in 20 years' time won't matter then.

I may also consider buying an old HDB flat if I intend to rent it out eventually. HDB flat yields remain attractive as their purchase price is low relative to private condos'. The array of amenities and access to public transport also prop up rents.

From an individual flat-buyer's point of view, the commonsense approach therefore is to continue to buy an HDB flat, subsidised preferably if you qualify for one.

If you are in the resale market, a newer flat under 20 years old provides better chances of reselling it a decade later for some gain.

Get an old resale flat only if you intend to live in it long-term, or want to rent it out. Do not expect to be compensated for a fading lease.

What of the public policy perspective? Here, I think Mr Wong and the Government as a whole have a lot more explaining to do, in terms of what government intentions are as HDB flats age.

The ageing profile means that a large number of flats will cross over into their 50s in the next two decades. It's no wonder that some are calling this an HDB lease-running-out time bomb.

As many people have observed, owners of 40-year-old flats may find it harder to offload their homes to new buyers now, as people become more aware of the risks involved in taking on a home with a fading lease. As one Facebook commenter put it, it becomes like a game of musical chairs and no one wants to be the one carrying the parcel when the music stops.

Can HDB owners renew their leases in short spells to tide them over as they age, so they don't have to vacate their homes in their 80s? If yes, what are the lease renewal rates likely to be?

Can the Lease Buyback Scheme be extended to cover more flat owners? This scheme lets HDB flat-owners live in their flats, while getting an income from selling back the tail end of the lease to HDB.

Can the Silver Housing Bonus incentive for elderly people to downsize from their HDB flat be made more generous so more people opt for it?

Can people sell their flats to HDB and rent them back?

Mr Wong has done the right thing, reminding young home- buyers not to assume that Sers will prop up their HDB flat prices.

What's needed next is greater policy clarity on realistic options that let people monetise their HDB homes as they age; or allow them to extend the leases if they wish to continue living in their units.

We have a decade or so before the problem becomes urgent. The conversation should start now, so people understand the options.

A version of this article appeared in the print edition of The Sunday Times on April 16, 2017, with the headline 'To buy an old HDB flat or not, that is the question'. Subscribe
Topics:
More
Whatsapp Linkedin FB Messenger Telegram Reddit WeChat Pinterest Print Purchase Article Copy permalink