Punggol North will be designated as an "enterprise district", home to digital and cyber security industries.

National Development Minister Lawrence Wong told Parliament: "Punggol will be a key area for us to drive our Smart Nation initiatives... where we try out several new planning concepts."

Punggol North will be the first of such districts, where new planning concepts will be applied. This includes appointing a master developer which will take charge of the entire district.

In Punggol North's case, the JTC Corporation will be appointed.

Under this arrangement, JTC has a freer hand to develop the large tract of land in a holistic manner, rather than follow zoning rules - such as on land use and density - imposed on individual land parcels by the Urban Redevelopment Authority. 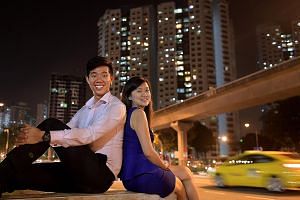 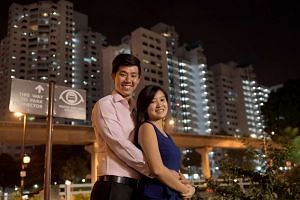 Lower rents for those in temporary flats scheme

This could translate into benefits, such as having different users share facilities. In Punggol North, the new Singapore Institute of Technology (SIT) campus is located right next to JTC's business parks.

Said Mr Wong: "Since SIT's campus and the JTC's business parks are located side by side, we can have closer integration of the facilities."

For instance, SIT and the business parks can share research labs, incubator spaces and learning facilities. The university could also host industry research and development facilities and start-up spaces.

Plans are also afoot to introduce this master developer idea to other new residential and mixed-use districts, added Mr Wong.

One possibility is Kampong Bugis, a new residential precinct, which will form part of "larger rejuvenation efforts" for the Kallang River.

This will be done in a way that is sensitive to the heritage and biodiversity of the river and, over time, bring vibrancy to the area, he said.

Local consultants, architects, engineers and contractors are also encouraged to take part in these rejuvenation projects, he added.

Said Mr Wong: "In some instances where it is a big master planning project, we would even require that a foreign firm participating in the design of the master plan partner a local firm which has local knowledge of the environment."