Updated Fire Code to be released mid-next year; costs likely to be borne by home buyers

All newly built homes - Housing Board flats as well as private residences - will have to be installed with smoke detectors from next June, when an updated Fire Code is released, The Straits Times understands.

Called a home smoke alarm, the device costs between $60 and $80 for a basic version. Installation could cost another $50 or so.

The costs will likely be borne by home buyers, though the authorities, led by the Singapore Civil Defence Force (SCDF), are working with grassroots leaders to identify elderly and needy households that need financial help in doing so.

The battery-operated devices are designed to alert occupants when they sense smoke, and function independently. They are not connected to emergency services or a central fire alarm system.

Currently, fire alarms are mandatory for commercial, industrial or mixed-use buildings above a certain size. The interiors of homes are currently exempt from this.

ST understands that the change has been in the works for over a year and is not linked to a specific incident. But two-thirds of fires last year - or about 2,800 - took place in homes, with rubbish chute or bin fires being the most common. There were 4,114 fire calls last year, the least recorded since 1978. Mr Benedict Koh Yong Pheng, president of the Fire Safety Managers' Association, which represents fire safety managers here, said the authorities have been encouraging the voluntary use of fire alarms and fire extinguishers in homes for several years, but the take-up rate has been low. 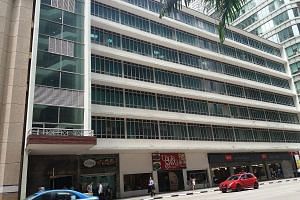 He said: "In many cases of home fires, there have been cases of injuries or death due to smoke inhalation, which could have happened while the occupants were asleep. A localised smoke alarm will alert residents so they can react to the fire at an early stage."

Countries such as Australia have made it mandatory for new and renovated buildings to have smoke alarms. The evidence so far is that it can help: In the United States, the 2015 death rate for fires in homes with working alarms was less than half that of homes without them.

Ideally, a smoke alarm should be installed in each room except the kitchen - to avoid false alarms triggered by smoke from cooking, said Mr Koh. But under the new rules, only one device will likely be mandated per home due to cost concerns, ST understands.

Ms Lili Pan, whose firm Fire Safety SG sells fire safety equipment, said that the cost of installing alarms in multiple rooms could be hundreds of dollars. "It can be quite expensive, which is why people don't buy if they think it is optional," she said.

"(There are) other costs for consideration, including the costs to reputation and compensation if an incident occurs. The cost of lives lost is immeasurable," he added.

A version of this article appeared in the print edition of The Straits Times on August 11, 2017, with the headline 'All new homes to have smoke alarms from June'. Subscribe
Topics:
More
Whatsapp Linkedin FB Messenger Telegram Reddit WeChat Pinterest Print Purchase Article Copy permalink