SINGAPORE - Ms April Cho wanted a new shot at life after 14 years of being a housewife and raising two children, and registered for a seven-month pastry-making course in Paris.

On accommodation website Airbnb, Ms Cho found what looked to be the perfect apartment next to the school.

But it turned out to be a scam, she said.

She found the Airbnb listing last month, and almost immediately after she first messaged the Airbnb "host", she was told to send an e-mail so that she could sign a rental agreement, among other things.

"I know that France is quite bureaucratic so I thought it was natural," said the Singaporean permanent resident, who is from South Korea.

Soon, the "host" e-mailed her a link where she could make payment. The website the link opened was a fake one that looked almost exactly like the Airbnb site, complete with a "live-chat service", said Ms Cho.

The Straits Times understands that Ms Cho's husband sent the money through DBS Bank to an account called "Airbnb Euro Trans" in Poland.

Ms Cho said that the fake site showed that she had successfully booked her trip to Paris. She suspected something was wrong only after the original Airbnb site did not show her trip.

After repeated messages to the "host" on Airbnb, she realised she had been scammed. She had to book last-minute accommodation at a hotel and search for a new apartment.

Ms Cho and her husband made a police report and contacted their bank, but have not been able to retrieve any money.

The Singapore Police Force confirmed a report has been lodged.

Both the fraudulent listing and the user have been removed from Airbnb, whose spokesman told The Straits Times: "Fake or misrepresented listings have no place in our community. Our team is constantly working hard to strengthen our defences and stay ahead of fraudsters.

"We recently introduced new security tools to help tackle fake listings and educate our community about staying safe online, including more education to users on how to book safely."

He stressed that "there have been over 260 million guest arrivals on Airbnb and negative experiences are extremely rare".

Airbnb displays messages that warn its users not to go off the platform, and the site has several features against scammers. But Ms Cho and her husband said they did not see any of the warnings.

Furthermore, they are not the first to be scammed like this.

Airbnb users in the United States and Britain have been similarly fooled by fraudsters who communicated with them over e-mail and provided links to websites that looked almost exactly like the original.

The users, like Ms Cho and her husband, interacted with a "live-chat service" and directly transferred money to the fraudsters, realising they were tricked only after noticing that their trip was not on the genuine Airbnb website.

Executive director of the Consumers Association of Singapore (Case), Mr Loy York Jiun, said: "We strongly encourage Airbnb to take more prominent measures to remind consumers to communicate with hosts and transact only through the Airbnb platform in order to safeguard their payments.

"They should take strong action against hosts who flout their rules and attempt to communicate and transact with consumers off their platform." 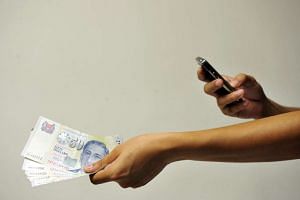 Scams on the rise in Singapore: What are some of them? 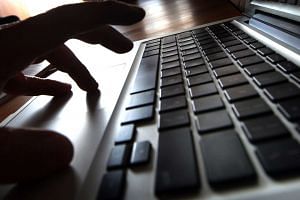 However, he added: "Consumers also have the responsibility to remain vigilant when engaging in online transactions. They should consider using payment methods with prepayment protection. For example, PayPal offers a Buyer Protection programme that safeguards consumers in the event that an order does not arrive."

Lawyer Nicolas Tang said: "Airbnb has a duty to protect consumers worldwide, and it can do so by placing warnings in strategic locations and making them prominent, such as putting them in red, or in a pop-up box". He added: "I used Airbnb before and didn't see such warnings."

Ms Cho has found a new apartment around 10 minutes' walk from school, though she could secure it for only four months, and is paying €3,255 monthly.

This is on top of an agent fee of €1,500 - what she had wanted to avoid by using Airbnb in the first place.

She said that she will not use Airbnb again. For now, she wants to focus on her course: the original reason she went to Paris.

"I want to either have my own cafe or work in a hotel first to learn management," she said. "I can't linger too much on a past I can't help or change."

Ms Cho said she wanted to talk about her experience so that others do not fall victim to scammers on Airbnb.

"I don't want this to happen to other people."