SINGAPORE - The High Court, in rejecting a negligence claim by a worker whose fingers were crushed at work, advised lawyers and employees to assess their cases carefully before choosing to sue instead of claiming under the work injury compensation scheme.

"The worker should not view the common law claim as a 'game of chance' to gain more in the event of a successful claim. He will end up with nothing, despite having suffered from an injury, if his claim cannot be established," said Judicial Commissioner Dedar Singh Gill.

His judgment was released on Friday (Sept 27), in which he dismissed the appeal of Mr Mookan Sadaiyakumar, who had sued his employer for unspecified damages after several of his fingers were crushed in a workplace accident in August 2016.

The Indian national worked for recycling company Kim Hock Corporation, which, among other things, burns waste wood in boiler furnaces to produce energy.

The court heard that ash from the furnace falls through "rotary valves", which may occasionally stall when metallic objects such as nails get lodged in the housing of the valves.

When a furnace trips, workers are sent to remove the lodged object before active steps are taken to restart the furnace.

The plaintiff alleged that on the day in question, his supervisor told him that a particular valve had tripped. He said he opened the chamber cover of the valve and was removing a short steel bar when the valve suddenly "came back to life".

He managed to pull out his right hand but suffered crush injuries to several fingers.

However, the employer contended that it was not possible for a tripped valve to come back to life unless a series of steps were taken.

The supervisor said the worker had gone to the wrong valve, which was unfortunately still in operation at the time.

In February this year, a district judge rejected the worker's claim that the valve had "come back to life".

The district judge found that he injured himself through his own carelessness and had to bear 50 per cent of the responsibility.

However, the district judge said the employer had to bear the rest of the blame for not having an automatic tripping system that can stop the machine when the chamber door is opened.

Both sides appealed to the High Court.

The company, represented by Mr Ramasamy Chettiar, argued that the worker had not specifically pleaded that the valve system was unsafe and had no evidence to support this.

The worker, represented by Mr Shanker Kumar K., said the district judge was wrong to conclude that he had gone to the wrong valve.

The judicial commissioner allowed the employer's appeal, saying there was insufficient evidence to prove it had been negligent in failing to install an automatic tripping mechanism.

He noted that there was no evidence that industry practice required such a mechanism to be installed. There was also no indication that such a mechanism was available in the market but the employer had failed to obtain it, he said. 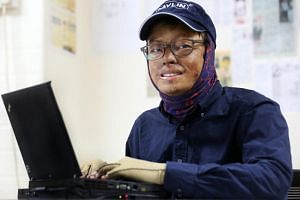 Company fined over incident that injured 3 workers, with 2 of them suffering severe burns

The judge said: "It is with a heavy heart that I have ruled against the plaintiff's claim."

He noted that the Work Injury Compensation Act (Wica) provides a basic no-fault compensation scheme for employees who suffer workplace injuries. However, the claim must be made within a year from the accident.

"The duty of counsel is to advise an injured worker on the appropriate course of action to take by carefully weighing the relative pros and cons of a Wica claim vis-à-vis a common law claim," he said.

A worker may believe that he can get a larger payout from a lawsuit, given that there are fixed limits under Wica claims, but "the job of his counsel is to closely scrutinise the evidence and assess whether all the elements of a claim in negligence can be satisfied", he said.