When cardiologist Leslie Lam left Singapore General Hospital in 1988 to start his own private practice, 300 patients followed him.

To this day, he still charges them the same rate of $25 for each consultation. At the same time, he counts among his patients Bruneian royalty who are willing to pay to have him close his Mount Elizabeth clinic for an entire day so that he can attend to them.

"I like to play a bit of Robin Hood," said the 75-year-old grandfather of three, who has been doing volunteer work in countries such as Myanmar for more than 12 years.

Speaking to The Sunday Times at his two-storey good class bungalow in Rochalie Drive, the heart specialist admitted that his clinic had done very well, but "we never do things just for money".

That was why it came as a shock when he learnt in 2012 that a patient had gone to the Singapore Medical Council (SMC) to complain that Dr Lam had performed an unnecessary procedure on him in 2011 for monetary gain.

To Dr Lam, who was completely cleared of all the allegations last Friday, the accusations levelled at him were just "crazy".

After all, his first lesson to medical students doing their internships at his clinic has always been: "You don't do anything for the patient unless the patient benefits from it."

Today is one of the best days of my life, because suddenly I feel I'm completely free from this unnecessary complaint.

DR LESLIE LAM, in a phone interview after he was cleared.

Dr Lam, one of the pioneers of coronary angioplasty - a procedure in which a balloon is used to open up blocked heart arteries - said he cannot remember ever doing an unnecessary procedure.

He stressed that he often agreed to requests for discounts from less well-off Singaporean patients.

Registered nurse Siti Sundari, 61, who has been working with Dr Lam since 1988, described him as "kind".

In 2015, after selling the premises that his clinic - The Cardiac Centre - occupies for $10 million, he distributed 5 per cent of the proceeds to his staff. He now rents the space.

He said the complaint weighed on him, resulting in many sleepless nights. His family said that he even became ill-tempered.

"It took me 30 years to build up a name like this, and (for it) to be just gone to bits over something so small, it's crazy," said Dr Lam, whose wife is a general practitioner. They have two daughters - one is a housewife and the other a branding consultancy owner.

Good friends advised him to appeal all the way, telling him that his name was worth everything.

Dr Lam, who has had 17,000 patients under his care, said he had had three full consultations with the patient from Malaysia.

In 2006, the patient had undergone a percutaneous coronary intervention (PCI) with three stents at Raffles Hospital. PCI is another name for coronary angioplasty.

Then in 2011, the patient consulted Dr Lam for the first time.

Dr Lam recalled that the patient had argued with him, insisting on doing a CT scan even though the specialist told him it was a waste of money because the scan would not capture the lumen, or the inside of the arteries.

Seven days after the CT scan results, the patient returned to Dr Lam and consented to a coronary angiogram - a type of X-ray used to examine blood vessels.

After the angiogram, Dr Lam advised the patient to undergo a PCI with stenting. During the procedure, the first stent slipped, requiring a second stent to be deployed. 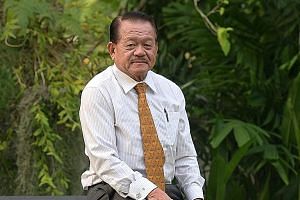 Doc cleared of all allegations of professional misconduct

Dr Lam said that in hindsight, perhaps he was too honest in telling the patient what had transpired. "If I had not mentioned it, if I had been dishonest, no one would ever see it."

The SMC brought three charges against Dr Lam: leading the patient to believe he needed to undergo the procedure when there was insufficient basis; failing to perform the procedure with skill and care; and failing to obtain informed consent.

The first two major charges were thrown out by a disciplinary tribunal, which was satisfied that Dr Lam had carried out the correct course of action. Last Friday, the Court of Three Judges cleared him of the third charge.

The ordeal has underscored the importance of documentation and keeping good notes, he said. The brochures in his clinic are now more detailed than before, listing all the possible risks and complications.

Dr Lam said he now goes through the list with patients, ticks off each one, signs and then gets the patient to countersign with the date stated.

During the interview after he was cleared, his phone rang non-stop with calls from colleagues and patients. "Today is one of the best days of my life, because suddenly I feel I'm completely free from this unnecessary complaint," he said.

A version of this article appeared in the print edition of The Sunday Times on October 22, 2017, with the headline 'Three decades to build a name... then 'gone to bits''. Subscribe
Topics:
More
Whatsapp Linkedin FB Messenger Telegram Reddit WeChat Pinterest Print Purchase Article Copy permalink