More contraception use, less stigma of being single mum may be factors: Counsellors

The number of abortions performed here based on Ministry of Health (MOH) data dropped to 7,217 last year - believed to be a record low for Singapore - amid changing societal factors counsellors said have pushed down the number of unwanted babies.

Abortions are legal for women up to 24 weeks into pregnancy.

Counsellors cited two factors in particular for the steady decline in abortion numbers, which is in line with trends in other developed countries: the greater use of contraception and easing of the stigma of being a single mother.

Ms Jennifer Heng, who has been counselling pregnant women who need support for over a decade, said the easing of the stigma has encouraged more unmarried women to keep their babies, even when their boyfriends do not want to.

She said greater social acceptance and support shown to single mothers, such as changes to policies, have helped ease the stigma.

For example, children of unwed parents are now included in a savings scheme, the Child Development Account, where the Government matches the deposits parents make by up to $6,000.

"Now this fear and stigma of being a single mum is not as overwhelming as it used to be, and women feel they can do it and raise the child alone (even if their boyfriends are no longer in the picture)," Ms Heng said. 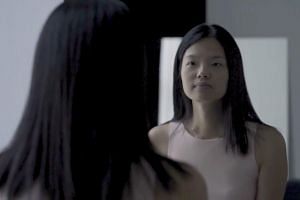 Racked by shame and guilt after abortion, she now hopes to help others with new support group

Counsellors working with youth say it is not due to fewer teens having sex, but young people being more savvy about using contraception.

MOH did not give The Straits Times any other breakdown of the figures, such as by nationality or marital status. But counsellors say foreigners, such as foreign workers, and married Singaporeans make up a large proportion of the numbers.

Under manpower laws, female work permit holders, for example maids, cannot continue working here if they get pregnant or deliver a child here, unless they are married to a Singaporean or permanent resident.

Ms Sheena Kanwar, executive director of the Humanitarian Organisation for Migration Economics (Home), which helps migrant workers, said: "Many domestic workers feel they have to choose between continuing with their jobs or keeping the baby. If their employers find out, they are legally required to report it to the Manpower Ministry, and the domestic worker will be repatriated immediately."

As for abortions among married couples, Ms Mary John, a case worker at the Family Life Society, which runs a helpline for pregnant women in crisis, said they may abort because they cannot cope with another mouth to feed, are facing marital woes, or are newlyweds who feel unprepared to be parents.