It claims three lives a day in Singapore, but advancements in treatment options are contributing to improved survival rates

As the world continues to battle a Covid-19 resurgence, cancer care remains more important than ever. Patients with cancer often have to deal with multiple anxieties, and now with additional worry of Covid-19, face even more challenges to achieve positive treatment outcomes.

Here are some facts about the disease that may surprise you.

Lung cancer is rarely diagnosed at an early stage

Lung cancer cells are formed through a series of mutations that may occur over months or years. As such, signs and symptoms usually present in the late stages of the disease.

Smokers are not the only ones at risk

It may have been known as the disease of smokers, but there is now a higher proportion of non-smokers among NSCLC patients in Singapore. A 2006 study by the National Cancer Centre Singapore (NCCS) found that 32 per cent of NSCLC patients were never-smokers. This number has increased to 48 per cent over 10 years, according to another study done by NCCS in 2018.

Never-smokers with lung cancer have a different biologic behaviour from smokers as the patients are generally younger, female, and have better survival outcomes. While tobacco smoking and its second-hand smoke in the environment are known causes of cancer, other causes such as outdoor and indoor air pollution are of concern today. A study by the International Agency for Research on Cancer found some evidence linking exposure to air pollution to an increased risk in developing lung cancer.

There are treatment options besides chemotherapy and radiotherapy

Besides treatments like chemotherapy and radiotherapy, new targeted therapies are used in both early and late stages in some cases. The aim is to improve symptoms such as pain and cough, and control tumour growth for a longer period.

Another development is immunotherapy, a treatment that helps the body work smarter. Tumour cells can evade detection by the immune system through covering themselves in proteins called PD-L1, which can "deactivate" the active immune cells.

Immunotherapy drugs block these proteins on the tumour surfaces and "reactivate" the body’s own immune system to better recognise cancerous tumours and attack them accordingly. Immunotherapy has been shown to increase survival rates in certain patients.

A recent study presented at the European Society for Medical Oncology Virtual Congress 2020 found that the five-year survival rate for patients with advanced NSCLC of a certain subtype was double that of patients treated with chemotherapy alone (31.9 per cent compared with 16.3 per cent).

It is probable to leverage MediShield Life to help people in advanced stages of diseases live longer while alleviating the caregiver’s burden. This could involve assessing the cost to society and the impact of cancer on the patients’ and caregivers’ mental health, and potential loss of income from stopping work. Addressing this could potentially allow caregivers to return to work faster.

This article is contributed by Dr Toh Chee Keong, a medical oncologist at Curie Oncology. 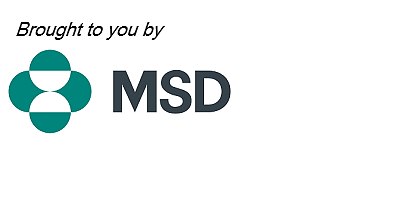