They must be able to treat patients with several conditions, rather than have them shuttle from one doctor to another

Singapore needs more doctors who are "generalists" rather than specialists, say the deans of the three medical schools here.

This means practitioners who are skilled enough to treat a patient with several medical conditions, rather than having him shuttle from doctor to doctor.

"Increasingly, I think that's what we need in the health system - we need generalists," said Associate Professor Yeoh Khay Guan, who is dean of the Yong Loo Lin School of Medicine at the National University of Singapore (NUS).

"It's not very good if our elderly parents see five doctors. It's better if there's also a generalist to look after their needs."

This does not necessarily mean just general practitioners, but also those trained in family medicine, and geriatric and palliative care.

Figures from the Singapore Medical Council showed that niche fields like renal medicine and hand surgery are among the disciplines with biggest percentage growths. 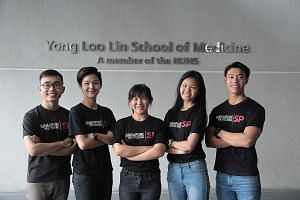 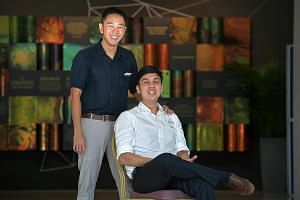 It's not very good if our elderly parents see five doctors. It's better if there's also a generalist to look after their needs.

ASSOCIATE PROFESSOR YEOH KHAY GUAN, dean of the Yong Loo Lin School of Medicine at the National University of Singapore.

But there are bright spots for the general disciplines too - internal medicine, for instance, saw an increase of 50 per cent between 2012 and last year. This field deals with a wide range of medical conditions and focuses on treating a person as a whole, rather than focusing on a single organ or area.

In the same period, the number of palliative-care doctors doubled, while the geriatric medicine specialists went up by a third.

"(It is) holistic medicine, where the doctor looks at the whole person - not just his heart or his kidneys," he said. "We also need to consider the patient in the context of his family and society."

Yet, getting young doctors into these fields is not always easy. For example, said Dr Loke Wai Chiong, who is Deloitte South-east Asia's healthcare sector leader, specialities such as surgery are often more lucrative, making them an attractive option.

Other specialities may not require a doctor to deal with seriously ill patients or emergencies, allowing for a better work-life balance.

"Plus, specialities such as geriatrics and palliative medicine can be viewed as 'depressing' because they deal with older patients," Dr Loke added. "(Some may) have many different diseases, all potentially exacerbating each other, with no chance of a complete cure."

One way of getting medical students more interested in these areas is through giving them role models to emulate, suggested Professor Thomas Coffman, dean of the Duke-NUS Medical School.

"As these specialities grow and as medical students see people working... they can see how compelling these areas are," he said.

Another is tweaking the curriculum to reflect the population's needs, which is what NUS has done.

"We plan our curriculum according to what we think our students need to know when they are doctors," Prof Yeoh said. "As the demographics change... we try and shift our curriculum towards those areas, to give (them) better coverage and more exposure."

For third-year medical student Clara Chew, geriatrics is high on the list of potential areas to specialise in, simply because she enjoys interacting with senior citizens.

"I do have a soft spot for elderly people," she said. "But I feel that helping an elderly person with his problems is a bit different because there are more factors to consider."

On the other hand, second-year student Russell Tan said that he is leaning towards a more specialised field as he is interested in seeing more complex cases.

"I think as a specialist, you would see cases that are more challenging, although I would also be fine in a more general field," he said.

In fact, it is also a challenge for medical schools to keep the curriculum up to date, since medical knowledge increases so rapidly.

The deans said that the solution is to train students in the art of learning, rather than cramming their heads with facts.

For example, Duke-NUS students take "open-laptop" exams where they can use any reliable information they find, Prof Coffman said.

"Medical thinking... is not a memorisation of facts," he added. "You have to be open to developments, and how to evaluate (them) and incorporate them into practice."

As Prof Best put it: "If you're a good doctor, you never stop learning."