SINGAPORE - The Ministry of Health (MOH) is probing the death of a 22-year-old man who died from the Group B Streptococcus (GBS) infection to see if it is linked to the consumption of Chinese-style raw fish dishes known as yu sheng, The Straits Times understands.

Mr Roy Ng, a protection officer with Certis Cisco, fell sick on Nov 23 with a fever that went up to 40 deg C at one point. He was also persistently coughing and there was blood in his urine, according to his 63-year-old father, who wanted to be known only as Mr Ng.

Mr Ng added that his son had visited a doctor and did a blood test, but died on Tuesday (Dec 1) before the results were out.

Mr Roy Ng was in severe pain at around 2.30am on Tuesday.

"His hands were wrapped around his waist," said his father. "He was pale and he could not breathe well, so we took him to the hospital."

Mr Roy Ng's blood pressure was low, and doctors at the Singapore General Hospital found that fluid had accumulated in his lungs.

They performed emergency surgery on him at about 10.45am but he died barely three minutes later.

"A doctor told me that there was a thick layer of pus enveloping his heart," added his father.

Mr Roy Ng, who attended Catholic Junior College, had planned to study pharmacy at the National University of Singapore next year.

The GBS bacteria is commonly found in the gut and urinary tract in about 15 to 30 per cent of adults without causing any disease, but it may occasionally cause infections of the skin, joints, heart and brain. 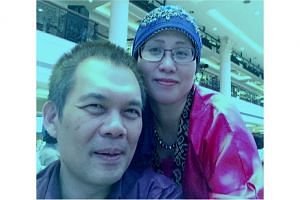 Man wakes up from 10-day coma after GBS infection

Mr Ng added that his son was not particularly fond of eating raw dishes. "He didn't really like eating yusheng, but I can't be sure if he had eaten them before he fell sick. He goes out with his friends a lot for meals."

A representative from the Ministry of Health (MOH) had contacted the older Ng yesterday afternoon to find out what his son had eaten before he fell sick.

On Friday, the MOH said that it had been notified of 355 cases of GBS since the start of the year. About 150 of the cases were linked to the consumption of the Chinese style raw fish dishes. Two cases were fatal; one is being investigated while the other was found not to be linked to the outbreak.