SINGAPORE- The Ministry of Health (MOH) and National Environment Agency (NEA) on Wednesday (Jan27) said they have been monitoring the Zika virus situation closely, and that they will be introducing several measures to enhance surveillance of the disease and to protect Singaporeans.

These include putting up health posters for outbound travellers, raising awareness among the medical community, and admitting anyone confirmed to have the virus into a single room at the hospital.

These measures will reduce the risk of importing the Zika virus, facilitate early detection of cases, and contain the spread of the disease if it happens here, the agencies said. The infection, which causes symptoms including mild fever, conjunctivitis and headache, has already been found in various countries in the Caribbean, North and South America.

No treatment or vaccine is available. 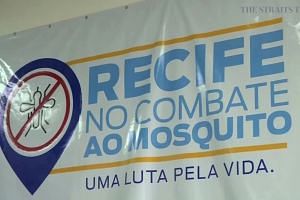 Zika virus: Countries urge women not to get pregnant 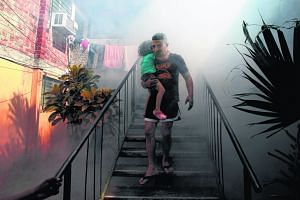 Zika 'set to spread across the Americas'

In Singapore, it has been added to the List of Notifiable Infectious Diseases under the Infectious Diseases Act. The NEA, which has had an ongoing surveillance programme for the virus since 2013, will step up intensive vector control. Together with members of the Inter-Agency Dengue Task Force, NEA will intensify search and destroy efforts to control the Aedes mosquito population.

As Zika is transmitted through mosquitoes, vector control remains the mainstay to prevent transmission of the Zika virus, as it is spread by the Aedes mosquito, which also spreads the dengue and chikungunya viruses.

Currently, there have been no detected cases in Singapore. Within South-east Asia, however, sporadic cases of Zika have been detected in Cambodia, Indonesia, Philippines, East Malaysia and Thailand in recent years. Taiwan reported an imported case of Zika virus infection from Thailand Jan 19.

"With the presence of Zika in our region and the volume of travel by Singaporeans as well as tourists, it is inevitable that there will be imported cases of Zika into Singapore in time to come and there is a high risk of subsequent local transmission, as the Aedes mosquito vector is present here. As such, the virus may become endemic in Singapore," the statement said.

Travellers to countries with local transmission of the Zika virus should protect themselves from mosquito bites by wearing long, covered clothing, applying insect-repellent, and sleeping under mosquito nets or in rooms with wire-mesh screens to keep out mosquitoes. The authorities said that returning travellers from affected areas are advised to seek medical attention if they develop symptoms such as fever, skin rashes, joint and muscle pains, headaches and red eyes.

The statement also advised pregnant women to reconsider their travel plans to countries with ongoing outbreaks and local transmission. While there is no evidence thus far to suggest that pregnant women are more susceptible to Zika virus infection or experience more severe disease during pregnancy, there is increasing evidence of a link between Zika virus infection during pregnancy and brain malformation in their foetuses and infants.

Currently, South America is seeing a large outbreak of Zika virus infection, with Brazil reporting the largest outbreak, estimated at over 1 million infections in 2015. Singaporeans are also advised to take the appropriate precautions to prevent mosquito breeding as vector control is critical in preventing transmission and reducing the risk of the virus from taking root in Singapore.