Mr L was a tertiary student, living an active lifestyle and taking part in many outdoor activities, like many other youngsters.

Then, he developed a prolonged fever, pain and swelling of his finger joints and a rash on his face.

A clinical examination and laboratory tests revealed that Mr L had systemic lupus erythematosus or lupus. This is a disorder of the immune system which can affect one or more organs. 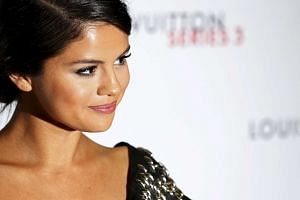 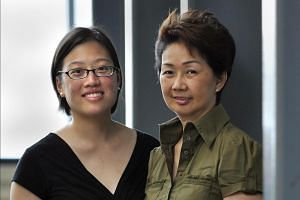 Getting to know the many faces of lupus

Those with lupus produce antibodies and cells which, instead of protecting the body from germs, attack their organs.

This disease is more commonly found in women, who form 90 per cent of lupus patients, and affects them in the prime of their lives - from their 20s to 40s.

Signs and symptoms depend on the organs involved. They range from hair loss, a "butterfly" rash on the face, arthritis and swollen legs related to kidney involvement.

Given that the disease is known to mainly affect women, men may have their diagnosis delayed - both doctors and patients may think that such a diagnosis is unlikely.

This is a trap for the unwary, as lupus can also affect men.

At Singapore General Hospital, there are about 60 men with the condition. This is out of a total pool of over 600 patients.

Most men, when they are diagnosed with the disease, are already working adults. They are mostly financially independent, and some may be the sole breadwinner in their families.

Many of them may have never heard of lupus.

It takes time for them to be informed about the condition, come to terms with it and cope with it.

They need as much support as women, if not more, as it is not that easy to find other men with the same condition, and with whom they can share their struggles.

It is also tough on their wives, girlfriends, mothers and daughters, especially if the person is the family's sole breadwinner.

Famous men who had lupus include the King of Pop, Michael Jackson, as well as the former president of the Philippines, Ferdinand Marcos.

Treatment of the condition is the same for both men and women.

For example, it may begin with anti-inflammatory medication for arthritis. If the blood or major organ systems - such as the kidneys, brain, intestines, heart and lungs - are affected, medications to control the immune system are given.

Prednisolone, a medicine which controls the immune system, is commonly used to treat lupus.

But it has significant side effects, including weight gain (which causes a "moon face") and a heightened risk of infection, osteoporosis, diabetes and hypertension.

In general, men have been found to have more skin and kidney involvement than women.

There is some evidence that kidney disease in men with lupus does not respond so well to treatment.

Patients planning for a family are often concerned that their children may develop lupus too.

Thankfully, this occurs in less than 3 per cent of patients.

However, with newer and better types of medication which have fewer side effects, many patients have been able to live relatively normal lives.

Patients who are taking medication to control the immune system are also advised to avoid raw food and crowded places, as these drugs lower their immune systems' ability to fight infections.

Given that some of these medications are known to cause birth defects, they are also advised to inform their doctors before planning for a family.

When he started working, Mr L swopped his "window seat" office space with a colleague to avoid the sun.

When he walks out of the office for lunch, he does not roll up his sleeves. This is to prevent rashes from developing on sun-exposed forearms.

He takes brisk walks before 8am and swims in the evenings.

When he was planning to start a family, Mr L temporarily stopped taking one of his medications which is known to cause birth defects.

Today, he is a happy father and he and his wife are trying for a second child.

Many of our lupus patients have taken the time to encourage other patients, and have participated in research to help discover better ways to treat this disease.

Even though this is a challenging disease that requires long-term treatment, one can overcome the difficulties with the help of a dedicated medical team and with a healthy dose of self-determination. Professor Julian Thumboo is a senior consultant at the department ofrheumatology and immunology at Singapore General Hospital.