Pharmacists found 392 medication issues among the 480 patients they reviewed

SINGAPORE - Three in five nursing home patients could be taking medication in the wrong dosage or, sometimes, wrong medication altogether.

Not only is this putting them at higher risk of falls and heart problems, but it could also be costing them more.

A review of patients in three nursing homes by pharmacists from the National Healthcare Group (NHG) found that the 480 patients had 392 medication issues between them.

Sometimes, doctors and nurses may overlook something that the pharmacist picks up. We should work as a team, with patients' welfare as priority.

SISTER GILLIAN BEINS, assistant director of nursing at St Joseph's Home in Mandai Estate, which has continued getting a pharmacist in on a weekly basis to review the medicines its patients are taking

Some had more than one issue, especially those who were taking many different medicines. Some patients were taking as many as 20 different types of medicine.

The review findings were published in an article in the September edition of the Singapore Medical Journal.

The pharmacists identified, among other things, 66 patients who were receiving wrong doses, 46 who had untreated conditions and 64 who were on medicine they did not need, over a six-month period.

As a result, 60 patients were at higher risk of falls because of the medicines they were taking; 49 had constipation, largely caused by prolonged use of antihistamines for the treatment of itch; 66 had poor cholesterol or diabetes control and 31 suffered from anaemia.

The pharmacists decided to do the review because similar studies overseas had shown that, in nursing homes, having too many or inappropriate medicines increased costs, drug interactions, adverse effects and hospitalisation.

Ms Chia Hui Shan, a senior pharmacist at Jurong Polyclinic and the lead author of the article, said the same appears to be happening here.

In the article, the pharmacists suggested: "Physicians and nurses may face some initial challenges in this new collaboration; this may especially be the case for physicians, who may feel that their prescribing practices are being unfairly questioned." 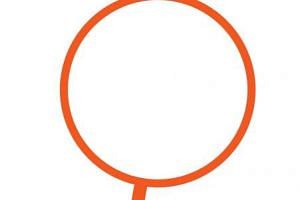 A common language for elderly care

The NHG review, done in 2011, wanted to determine if nursing homes would accept pharmacists' recommendations on medication and what it would cost to involve pharmacists in such homes.

So, the researchers checked if their advice was being followed, six months later.

They found that acceptance varied from 36 per cent at one nursing home to 74 per cent at another.

St Joseph's Home in Mandai Estate, one of three nursing homes reviewed, has continued getting a pharmacist in on a weekly basis to review the medicines its more than 120 patients are taking, as the scheme has helped patients, said Sister Gillian Beins, its assistant director of nursing .

She said: "Sometimes, doctors and nurses may overlook something that the pharmacist picks up. We should work as a team, with patients' welfare as priority."

The review found that the homes actually saved about $77 a month, even after paying for the pharmacist. It added that savings would be higher if indirect cost savings - such as from lower hospitalisation rates and better management of under-treated or untreated conditions - were taken into account.

Sister Beins said that even if it costs more, the home would be willing to bear the costs as it benefits patients by cutting down on side effects from necessary medicines.

Constipation is already a problem for seniors, and can be made worse with medications such as painkillers and antihistamines, she said.

These can also make patients drowsy and raise their risk of falling.

Ms Chia said the three homes reviewed were typical, and the same problems were likely to occur in all nursing homes.