When it first noticed a rise in hepatitis C virus infections, the Singapore General Hospital tried to seek out the source - and barked up the wrong tree at first.

Then, as cases multiplied, its Infection Control Unit took almost two months to carry out lab tests to establish that they were related.

Its report, when it was submitted to the director of medical services (DMS), was deemed inadequate. 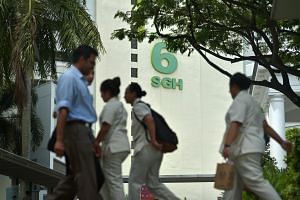 This series of delays and events meant the Health Minister was told of the hepatitis C outbreak only four months afterwards.

It all started between late April and end-May, when the SGH Renal Unit noticed that hepatitis C infections were rising and started investigating the dialysis centre. By the end of the month, it realised that was not the infections' source. 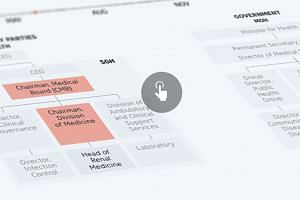 Interactive: How the hepatitis C outbreak was escalated to various parties

The Renal Unit then turned to the Infection Control Unit in early June to conduct more investigations, noted the Independent Review Committee in a report yesterday.

In a briefing yesterday, the committee chairman, Professor Leo Yee Sin, said: "The committee felt that the recognition of the outbreak by the SGH Renal Unit was delayed. SGH took action to investigate the dialysis centre in mid- May; however, they escalated the information and request to the infection control team only in the early part of June."

The SGH Molecular Laboratory then started doing what was called a phylogenetic test to ascertain if the infections were related, which took longer than anticipated.

"As this was the first time that the laboratory had to do such a test, the test could only be completed in end-July," said the report.

The Clinical Quality, Performance and Technology Division at the Ministry of Health (MOH), which had been alerted to the increase in hepatitis C cases by then, instructed SGH to report the incident as a Serious Reportable Event on June 23.

However, "SGH did not do so, nor explain why", the report said.

Meanwhile, the issue was not flagged to top MOH officials, while other MOH divisions that inquired were told that the matter was being investigated.

In late July, the tests were completed, confirming that the first 20 cases were related.

The month of August was spent finalising findings and reports from SGH's nursing, hepatology and infection control units in preparation for briefing MOH.

The committee further found that as neither SGH nor MOH raised the issue with the director of medical services, Associate Professor Benjamin Ong, during this period, he was told by MOH only on Sept 1, and eventually briefed by SGH only on Sept 3.

Prof Ong was not satisfied that the report presented the full picture on the severity and extent of the outbreak. He asked for several things to be done next, including having third-party experts to chair SGH's review committees, the lab tests to be verified by an A*Star laboratory, and an MOH team to be walked through SGH's processes. Transplant operations were also halted.

"These additional steps would have provided information on the severity of the outbreak. Their absence led to the DMS needing to ask SGH... to complete the necessary work in order for him to better assess the situation," said the report.

On Sept 25, SGH briefed Health Minister Gan Kim Yong, who instructed that the matter be made public.

Prof Leo also pointed out the "unusual" nature of the outbreak, which made it hard to detect.

"Because it's so unusual, it highlights gaps in the system. First of all, the infection is not easily being picked up by any regular surveillance system and this is a global issue, it's not just a Singapore issue."

She said the existing frameworks, which were built for community outbreaks and common outbreaks in the hospital setting, are "just not catered to this unusual outbreak".