Singapore does not want to go the way of the United States, where a "significant fraction of healthcare costs goes towards medical indemnity insurance", said Health Minister Gan Kim Yong.

To prevent this, the Ministry of Health (MOH) will clearly spell out doctors' and healthcare institutions' legal and ethical responsibilities, and even introduce legislation if necessary.

Mr Gan, in a ministerial statement in Parliament yesterday, said MOH will provide clear guidelines to doctors on what comprises informed consent, what they need to tell patients, how to help patients' next of kin, and what to do in emergency situations.

He was replying to queries from Dr Chia Shi-Lu (Tanjong Pagar GRC) and Dr Lim Wee Kiak (Sembawang GRC), who asked for clear guidelines to help doctors who were concerned about two recent judgments by the Singapore Medical Council's (SMC) disciplinary tribunals.

Mr Gan added that there was also uncertainty among medical professionals following comments from the Court of Appeal after it found Changi General Hospital (CGH) guilty of not diagnosing a patient's cancer before it spread.

Mr Gan said he was deeply saddened to hear of the patient's death yesterday morning and offered his condolences to her family.

Mr Gan said MOH is "deeply concerned with the decisions in both cases", which risk undermining the confidence of both the public and the medical profession in the SMC.

We should guard against turning into the kind of society where doctors care more about not being sued or disciplined by the professional body than about the patients' well-being.

There is already evidence that doctors are adopting defensive practices, he said.

"This would be highly detrimental to Singapore's healthcare system," said Mr Gan. "We should guard against turning into the kind of society where doctors care more about not being sued or disciplined by the professional body than about the patients' well-being." 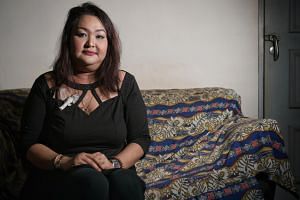 He told Parliament that the ministry has set up a workgroup to provide doctors with guidance "on the what, where and how in taking informed consent" so doctors will not need to second-guess what is needed. There must be sufficient flexibility in such guidance so that patient interests are best served.

Turning to the cancer patient's suit against CGH, Mr Gan said medical professionals interpret the judgment to mean radiologists are well placed to decide which specialist or hospital department should follow-up if there is an adverse finding.

The current practice is for them to pass the results to the team that had ordered the test. Mr Gan said the medical profession may not have interpreted the judgment correctly.

•What is proper informed consent?

•Who should follow-up if scans or X-rays show something wrong?

•Are disciplinary tribunal convictions and sentences fair and reasonable and reflect practice reality?

•How to remedy the weakness in the SMC's disciplinary process?

The minister said these uncertainties surrounding the law on doctors' obligations "risk undermining the confidence of both the public and the medical profession".

He promised: "We must and will deal with the issues that have arisen to restore and ensure confidence."