SINGAPORE - A new map showing areas most frequented by Covid-19 cases was published following requests from many people wanting to figure out which places they should avoid, Health Minister Ong Ye Kung said on Saturday (Oct 2).

But some have raised concerns about whether such a map could cause alarm, and Mr Ong said the decision will be reviewed if needed.

The map, which shows places frequented by Covid-19 cases within the past three days, was published for the first time on Friday.

Uploaded on the Health Ministry’s Covid-19 situation report portal, it breaks down Singapore’s land area – including the southern islands – into over 323 sub-zones.

These are highlighted in five different shades, according to the number of Covid-19 cases who had been in the area.

The map can help people take their own initiative to regulate their movements as Singapore feels its way forward amid the wave of infections, and will change over time, Mr Ong explained.

He noted that many European cities have published similar maps.

Based on the MOH map, residential areas such as Jurong West Central, Sengkang Town Centre, Bedok North and Tampines East were among the places most visited by Covid-19 patients.

Districts such as the Central Water Catchment area and industrial zones such as Jurong Island, meanwhile, were mostly clear.

People who have recently visited the hot spots are advised to monitor their health, perform regular antigen rapid tests over the next 10 days and minimise interactions with others.

"Let's give this initiative a try, and we'll take feedback. And if we need to adjust the practice, we will do so," said Mr Ong.

As Singapore works towards treating Covid-19 as endemic, some measures have received mixed reviews.

Besides the map, the testing of asymptomatic individuals have also been questioned.

Several healthcare professionals, including infectious diseases specialist Paul Tambyah, have suggested scrapping the practice to ease the burden on the healthcare system. Professor Tambyah helped draw up the Singapore Democratic Party's alternative plan to dealing with the crisis.

At a press conference held by the Covid-19 multi-ministry task force on Saturday, director of medical services Kenneth Mak said the Health Ministry is relooking how it can simplify its protocols and processes, such as how to deal with infected people who exhibit no symptoms at all.

At present, people who have no symptoms but have a positive antigen rapid test are merely required to self-isolate for three days before doing a follow-up rapid test. If the test proves negative, they are allowed to resume their normal activities.

Associate Professor Mak said that in certain settings, the ministry prefers to maintain a slightly higher degree of caution. These include hospitals and nursing homes, where asymptomatic workers may come into regular contact with vulnerable individuals.

Such groups may still have to undergo PCR tests even if they are asymptomatic, he added.

"We will relook even in these use cases, whether there is value to continue with PCR testing," he added.

S'pore could see 5,000 daily Covid-19 cases by mid-Oct, but most will have no or mild symptoms

Finance Minister Lawrence Wong, who is one of the task force's co-chairs, pointed out that Singapore has already shifted towards using antigen rapid tests rather than PCR tests in many instances.

These rapid tests are less sensitive and do not pick up cases with lower viral loads, who are less likely to be infectious.

But Mr Wong stressed that while Singapore's testing guidelines will be reviewed, this should not be predicated on the load on hospitals.

"I don't think we should be saying, 'Let's test less deliberately so that we have fewer cases and so a lesser load on the hospital system.'"

Instead, to ensure medical resources are allocated to those who need them most, the key is to enable the vast majority of people who are not seriously ill to recover at home, he added.

ICU capacity to be ramped up; Covid-19 treatment facilities to have 3,700 beds by end-Oct 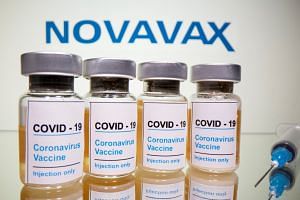 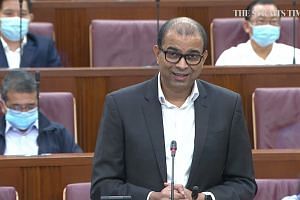