Patients may find more comprehensive healthcare services anchored closer to their homes after the public sector transitions into a new three-cluster system.

The beefed-up healthcare group in their neighbourhood will also bring health promotion, disease prevention and rehabilitative care within their reach.

Singapore's public healthcare sector will be reorganised into three clusters, down from the current six.

Facilities across the country, including general hospitals and polyclinics, will be grouped based on their locations, so that each cluster oversees a specific area of the island. 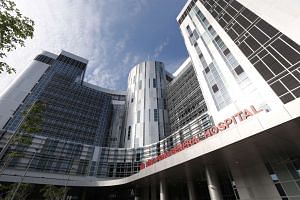 Healthcare services will be streamlined into 3 clusters 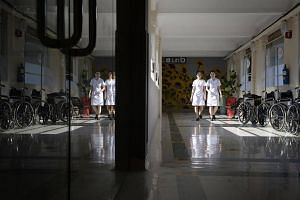 No changes to roles and salaries for most staff: MOH

The National Healthcare Group (NHG), which will take Alexandra Health System under its wing, will cover the central region.

National University Health System (NUHS), to be paired with Jurong Health Services, will helm the west. The new clusters, to be known as SingHealth, NHG and NUHS, will cover about 1.1 million to 1.5 million Singapore residents in each region.

Several polyclinics will be transferred across the groups, so that every cluster has primary care services.

After the changes, the different types of public healthcare facilities near one's home are more likely to come under the same management, compared with now.

Healthcare adviser Jean-Luc Butel said that the mergers should make it easier to strategise and implement decisions across the various institutions.

"You can now make decisions over broader areas of the system," said Mr Butel, who is president of consultancy firm K8 Global.

"For example, the application of best practices across the system should go more easily."

Staff will also be able to respond more quickly and decisively, such as when implementing new programmes for patients.

The transition is expected to be completed by early next year.

In outlining their visions, the leaders of the new clusters said that one key focus is on delivering integrated care for patients.

Professor John Wong, who will lead the merged NUHS as its group chief executive, said that the reorganisation allows longstanding partners in the west to come together to provide "seamless care from prevention to home care".

The six regional health systems each have their own strengths.

Some have formed strong primary care networks, while others are stronger in education or research.

The new entities can tap the combined strengths of the original clusters, said MOH.

Some hospitals also have existing tie-ups with service providers, such as voluntary welfare organisations, to run programmes for patients.

Such services could be scaled up under the expanded cluster, so residents in a wider area can tap them.

Dr Lee Chien Earn, who heads the Eastern Health Alliance, noted that the cluster has worked on disease prevention and early detection and treatment to help keep people in the community healthy.

A scheme, called Eastern Community Health Outreach, helps residents detect and manage chronic diseases early. It is currently available only in neighbourhoods in the east such as Tampines Central and Bedok.

With the merger, Dr Lee said that such successful programmes could be expanded "at pace and scale as part of a larger health cluster".

Correction Note: The graphic has been updated to include KK Women’s and Children’s Hospital in SingHealth's list of public healthcare institutions.

A version of this article appeared in the print edition of The Straits Times on January 19, 2017, with the headline 'Coming soon to a cluster near you: Seamless healthcare'. Subscribe
Topics:
More
Whatsapp Linkedin FB Messenger Telegram Reddit WeChat Pinterest Print Purchase Article Copy permalink