A pork noodle stall and a soya sauce chicken stall were made Singapore's first Michelin-starred hawkers in the inaugural Singapore Michelin Guide, in a list that was dominated by celebrity chefs.

At the launch of the guide last night in Resorts World Sentosa, Hill Street Tai Hwa Pork Noodle in Crawford Lane and Hong Kong Soya Sauce Chicken Rice & Noodle in Chinatown Complex were among 29 establishments awarded stars. They each received one star.

Tai Hwa owner Tang Chay Seng, 70, said: "I was very happy when I heard the news. In Singapore, there are a lot of things that are delicious and I feel very lucky to have won. "

Chef Shinji Kanesaka, whose Tokyo sushi bar has two Michelin stars, scored big too. Both his restaurants in Singapore, Shinji by Kanesaka at the Raffles Hotel and The St Regis Singapore, were given one star each.

Flying the Singapore flag high were Corner House, which has become known for its chef Jason Tan's gastro-botanica cuisine; Malcolm Lee's Peranakan restaurant Candlenut; and Forest, a contemporary Chinese restaurant run by Singapore celebrity chef Sam Leong, all of which were given one star, for "a very good restaurant in its category".

Mr Lee, 32, said: "This is for the whole team's hard work, especially for Peranakan cuisine. We hope more young people will give our local cuisine a chance and be proud of it."

All in, 22 establishments received one star and six restaurants earned two stars each.

About 600 guests, comprising corporate head honchos, restaurateurs, chefs, and members of the public paid $450++ a person to attend the three-hour ceremony.

Mr Michael Ellis, international director of the Michelin guides, said: "Our inspectors were also thrilled to find that Singapore's food scene is one of the most dynamic, not only in Asia but in the entire world. From fabulous hawker stands to world-class fine dining and everywhere in between, Singapore has clearly earned her place as a truly gastronomic capital."

In his speech, Mr Lionel Yeo, chief executive of the Singapore Tourism Board, talked about the benefits of having the guide: sharing Singapore's diverse food scene with the world, the branding opportunities and how it will spur chefs here to do better.

"And yes, there'll be debates, they will be contentious at times," he added. "It's all good because we are passionate about the experiences we have when we sit down to dine."

Sales manager Samantha Kee, 29, said: "I am surprised to see such a small number of one-star restaurants, compared with Hong Kong. I think more local restaurants should have been represented on the list. I am going to join the reservation list at Restaurant Andre as I have heard good reviews about it."

The Michelin Guide Singapore is put out by French tyre company Michelin in collaboration with the Singapore Tourism Board and wine authority Robert Parker Wine Advocate.

Restaurants are assessed by Michelin inspectors, who dine independently and anonymously. The judging criteria include the quality of the food, cooking techniques, and value for money.

To buy the guide, which costs $39.95, go to guide.michelin.sg/order-guide 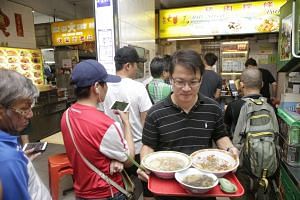 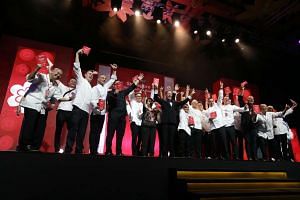 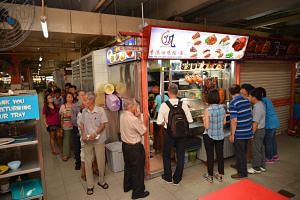 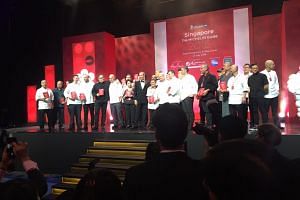 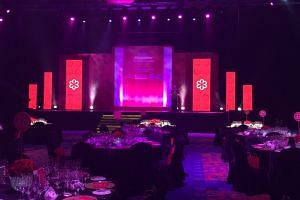 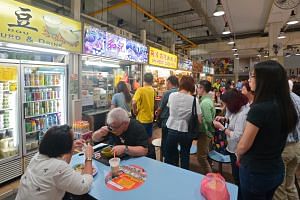 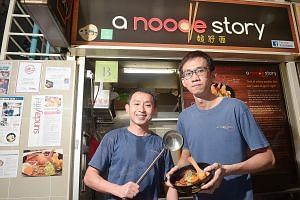