After opposition from its customers, Grab has made a U-turn on its loyalty programme.

Users will be able to claim ride rewards at existing redemption rates even after the upcoming Sunday, according to an e-mail update from the ride-hailing firm.

In the e-mail to users on Tuesday, Grab said: "We heard your feedback. That's why we're pleased to announce that even after Sept 30, all Silver, Gold and Platinum members will continue to enjoy preferential pricing on Grab rewards."

On July 20, the firm announced changes to its rewards system across its three main services - rides, e-payments and food delivery - sparking a furore online.

One of the key changes was that users would have to use the same number of points to redeem ride rewards - regardless of membership status.

That meant a $5 rebate on the next Grab ride would cost all Grab users 2,200 points. 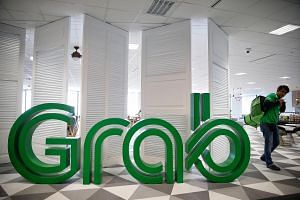 Grab users' membership depends on the points they earn from taking rides and using other Grab services such as its food delivery service.

On July 24, a Grab spokesman rolled back the change, saying that members could claim ride rewards at the original rates from 8am that day until Sept 30 to give customers "time to adjust to the changes".

Then on Tuesday, Grab decided to return to the status quo, with redemption at tiered rates.