Government ministries and agencies are taking steps to fix the lapses the Auditor-General's Office (AGO) has found in their IT and financial systems as well as their supervision of big projects, the Ministry of Finance (MOF) said yesterday.

But overall, the public sector's system of managing public funds remains sound, it said in a statement responding to the latest AGO annual report released yesterday.

Some agencies, however, can strengthen their financial governance, the AGO noted.

MOF said the heads of the agencies have reviewed each case and "where warranted, appropriate actions have been or will be taken against those responsible".

The agency highlighted by the AGO for IT lapses was the Central Provident Fund Board, while the Ministry of Health (MOH) had "irregularities" in many multimillion- dollar contracts it oversees.

The AGO cited how it paid $4.08 million for site supervisors for the building of Ng Teng Fong General Hospital without verifying the need for them. 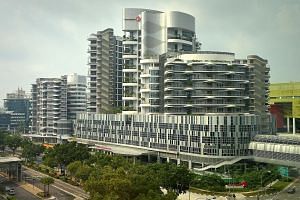 MOH rapped over hospital in Jurong 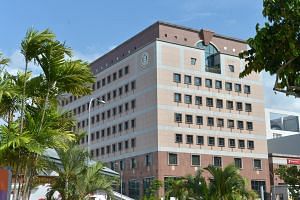 CPF Board says data not compromised by security lapses

Lapses in checks and controls

The errors resulted in two service providers being overpaid by $48,000 and two others claiming $12,300 less than they should.

MOH yesterday said it has introduced additional checks to detect inaccurate claims as well as a checklist to strengthen funding audits.

MOF, in its statement, acknowledged that while "it is not possible to completely eliminate individual human lapses, errors or misjudgments, the public service is taking a concerted effort to address the issues identified".

To improve financial controls over grants, the Accountant-General's Department will develop a guide for agencies to install control procedures to ensure better accountability and efficiency.

The AGO had found that the Economic Development Board handed out $2.59 million in grants for eight projects despite their information being inaccurate and incomplete.

Also, the board misrepresented six of them as being on track even though they did not meet or faced difficulties in meeting the project conditions.

Lapses in financial controls were also found at the Singapore Corporation of Rehabilitative Enterprises (Score), which paid contractors before their invoices were properly certified, while Sport Singapore drag- ged its feet in paying contractors.

As for better IT governance, the MOF said policies exist to ensure that controls are in place to safeguard the integrity of the public sector's IT systems and its data.

These policies are continually strengthened and internal audits are also done from time to time to help agencies identify their shortcomings, it added.

The newly formed Smart Nation and Digital Government Group in the Prime Minister's Office will also strengthen the internal IT audit regime for agencies to better spot and fix gaps in compliance.

The AGO found that a contractor the Ministry of Social and Family Development hired had "inappropriate" access to its IT systems that run the Baby Bonus, childcare and infantcare subsidy schemes.

Between April last year and February this year, its IT systemswere accessed 4,920 times.

Of these, 595 were "inappropriate" logins, of which 560 were made by an IT contractor who had used an account that was not his.

"These violations... could result in leakage of confidential information or corruption of data used for computation of bonuses or subsidies under these schemes," the AGO said.

To better manage projects and contracts, a Building and Infrastructure Centre of Excellence under JTC Corporation will advise agencies and strengthen their capabilities.

Other measures taken include improving the training of officers in project management.

The AGO, however, said that control lapses over big projects "were found across different public sector entities over the last few years, indicating that more could be done to strengthen these areas".

Acknowledging the AGO's report, the Finance Ministry said: "Improving financial governance and accountability of government agencies... is a journey of continuous improvement."