SINGAPORE - The family of a 66-year-old man who died in an accident with a van along Bedok North Road have turned to social media in hopes of finding eyewitnesses.

The man, who was cycling along Bedok North Road at around 2.20pm on Wednesday (Nov 8), was allegedly hit by a van.

The police told The Straits Times on Saturday that the 66-year-old male cyclist was taken unconscious to Changi General Hospital, where he died.

The daughter of the man, Ms Alyssa Chew, wrote an appeal on Facebook in the wee hours of Saturday, calling for eyewitnesses to her father's accident.

"The accident happened along Bedok North Road towards the direction of Bartley Road East, 20m before the slipway towards PIE (Tuas)," she wrote. "My dad sustained serious injuries and has passed on." 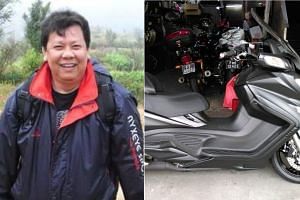 On Friday, ST reported about how two daughters of a 58-year-old man who died in a motorcycle accident on Monday also turned to social media to appeal for information.

Mr Chia Weng On is believed to have skidded on his motorcycle at around 1am along Sembawang Road towards Gambas Avenue, but was found without his personal belongings including his wallet, phone and helmet.

As of Saturday afternoon, no witness has come forward with information on that case.