Consumers and businesses have voiced concerns about water rates being hiked, even if some acknowledge that there is a need to do so to curb wastage of the scarce resource.

Restaurant Association of Singapore president adviser Andrew Tjioe said he hopes the Government will factor in the present economic climate when deciding on the price increase. "We have other things to take care of like operation costs, which are very high," he said.

Yesterday, Minister for the Environment and Water Resources Masagos Zulkifli said the price increase is meant to ensure the reliability of Singapore's water infrastructure, and to reflect the scarcity of water.

This is the first time in 17 years the price is being increased. The details will be announced during Budget 2017 on Feb 20.

Car-grooming firm Groomwerkz's managing director Tan Thiam Yong said higher prices for water usage could prompt users to be better at conserving the resource. "For us, we have already done all that we can to save water but for those who are not at their optimum, it might prompt them to do so," said Mr Tan.

His company is now looking to recycle 90 per cent of the water used for car-grooming services, including car washing, by the end of the year.

Housewife Ng Kah Kiow, 54, who lives in Toa Payoh, said: "Naturally, we hope prices will not increase, but we understand that costs are going up and water is precious."

Professor Asit Biswas, visiting professor at the National University of Singapore's Lee Kuan Yew School of Public Policy, said the domestic water price should be raised by at least 50 per cent, with subsidies for low-income and large families.

The price of water should be doubled for industrial users, so that companies will increase efforts to reduce water use, he added. 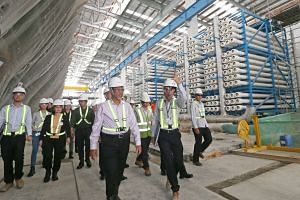 Price of water will go up to ensure sustainable supply 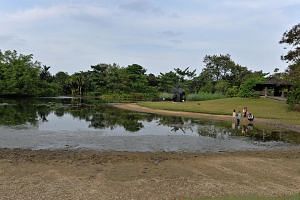 Water prices going up: Reduce your water usage with these tips

He said there should also be yearly increments according to the inflation rate, to encourage people to reduce consumption.

The tariffs for domestic potable water, which are calculated monthly, stand at $1.17 per cubic m for the first 40 cubic m and $1.40 per cubic m thereafter, excluding taxes.

Prof Biswas said Singapore would have a water crisis if the Linggiu Reservoir does dry up. It is now at about 32 per cent full. The reservoir allows Singapore to draw its entitlement of 250 million gallons per day from the Johor River.

Kopitiam, which operates about 80 foodcourts and coffee shops, is hoping the price increase will not be significant.