There are a total of 12 species of seagrasses in Singapore, out of 23 in the Indo-Pacific region, and their habitats can be found both on the northern and southern shores of the island.

Like much of the country's natural heritage, seagrass meadows have been in decline for decades, with around 40 per cent of the original cover lost to coastal development. Since 2007, scientists and volunteers have regularly monitored them for their health. 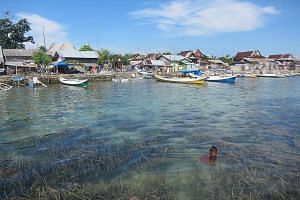 A three-year research project, which ends in the middle of next year, intends to better understand the dispersal patterns of seagrasses, in addition to assessing how resilient they are in the face of various stressors.