An MRT worksite on the Cross Island Line (CRL) will be downsized and partially shifted into the Singapore Island Country Club (SICC) so that indigenous monkeys that roam the area will not be endangered.

The A1W1 site will now be about 150m from a tree canopy link over Island Club Road, where Raffles' banded langurs are known to roam, the Land Transport Authority (LTA) said yesterday.

This is five times farther than the initially planned 30m distance.

LTA said the club will not be compensated as the area will be returned to it upon the project's completion at an unspecified date.

The Rapid Transit Systems Act also allows for the authority to make use of the land.

The move comes amid consultations with nature groups concerned about the environmental impact of the CRL near the Central Catchment Nature Reserve.

This part of the MRT line will run under the reserve instead of skirting around it - a decision made in 2019 - amid fears that it could affect the surrounding flora and fauna.

In a written reply to MP Louis Ng of Nee Soon GRC this month, Transport Minister Ong Ye Kung said that the key representatives of nature groups have reviewed the revised A1W1 worksite and are supportive of the changes.

Mr Ong said an engineering consultant was engaged early last year to look into the worksite's proximity to the monkeys. It is now "significantly farther away" from their habitat, he said.

"LTA will continue to work with them on further measures to mitigate any potential environmental impact at the A1W1 worksite when construction of the CRL begins so as to strike a balance between preserving the environment and wildlife, and improving transport infrastructure for the benefit of Singaporeans," he added.

According to Wildlife Reserves Singapore, the Raffles' banded langur is one of only three non-human primates found locally, and was discovered by Sir Stamford Raffles almost 200 years ago. 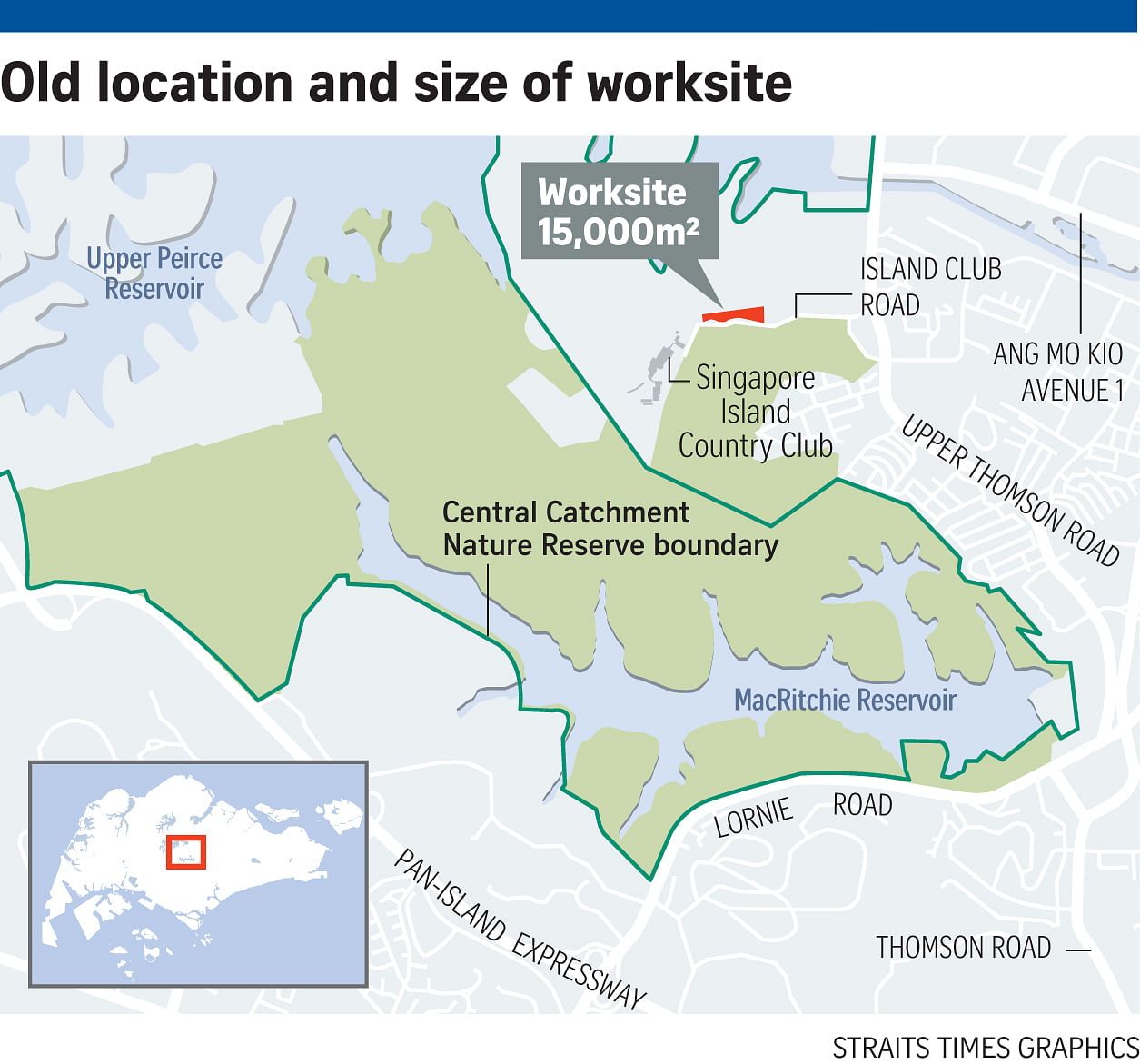 Although the monkeys were once common across the island, urban development confined them to central Singapore. By the 1990s, they were on the verge of extinction, with only 15 to 20 left in the Central Catchment Nature Reserve.

There are now about 40 to 60 of them, and they remain at high risk of being wiped out.

Nature Society (Singapore) president Shawn Lum was relieved to hear of LTA's decision, adding that it bodes well for the continued engagement of the authorities with nature groups on the environmental impact of the rest of the CRL.

He said the footprint of the revised worksite is much smaller, based on briefings by LTA.

"There will be a much reduced traffic load of lorries hauling out stones and soil during the shaft excavation process, as the amount of materials is a fraction of the original amount envisaged," he said.

"The effort has led to a more successful project outcome with reduced impacts on the forest and wildlife."

The A1W1 worksite is part of CRL's phase two, the rest of which is still undergoing advanced engineering study.

All the tenders for civil construction works for phase one, which stretches from Aviation Park to Bright Hill, have been called and are progressively being awarded.

Works at the respective sites will start when the contractors are on board. Phase one of the line is set to be operational by 2030.

Old location and size of worksite