Nanyang Technological University (NTU) is the latest institution to benefit from a late elderly couple who had donated millions of dollars to several causes.

The $4 million gift will help fund NTU's development of teachers, with the introduction of scholarships for master's degrees and grants for trainee teachers at its National Institute of Education (NIE).

The donation from Madam Tan's estate, which is being matched by the Government, comes three months after the estate gave $11 million to NTU's Lee Kong Chian School of Medicine.

At a ceremony at NIE yesterday, Mr Tan Hsuan Heng, the couple's nephew and the estate's trustee, said his aunt and uncle had been influenced to give particularly to education and healthcare. "A great teacher can change a student's life. Teachers need to keep learning and growing," added the 66-year-old.

The donations came from the $41 million sale proceeds of the couple's house on a 40,000 sq ft plot in King Albert Park. It was sold after Madam Tan died.

Mr Tan told The Straits Times that about 70 per cent of the money has been donated to institutions, schools and organisations.

This generous gift will enable many vital activities that will nurture generations of Singapore's future teachers and their students.

About $700,000 was given as well to help primary and secondary students of Geylang Methodist School, which Madam Tan attended in the 1960s.

The house had been bequeathed to the Ongs by philanthropist Koh Choon Joo, a lawyer known as CJ Koh, who had also donated to NUS and NTU.

Mr Ong, an investment trader who was close friends with Mr Koh, became his estate's executor and continued his friend's legacy. Like Mr Koh, the Ongs had no children. 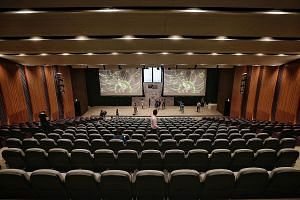 Mr Tan said he "chose organisations whose causes I find meaningful and that really need help, while some were specified by my aunt".

Mr Tan plans, with the help of students, to compile a book and an exhibition on the Ongs and Mr Koh and their generosity, in a move to inspire others to do the same.

The latest donation will create an endowment fund that will support students in five master's degree programmes, including early childhood education, NTU said.

Up to eight scholarships will be given annually, each worth between $10,000 and $20,000, from the new endowment fund.

Grants, totalling $290,000 over two years, will go towards supporting teachers in training, and funding, among other things, service learning projects, conference participation and innovations in teaching and learning.

Madam Tan's estate is also contributing $85,000 towards a new showcase of books from the CJ Koh Collection at the NIE Library and Information Services Centre.

NTU president Subra Suresh, referring to the new endowment, said: "This generous gift will enable many vital activities that will nurture generations of Singapore's future teachers and their students."