If Uber is a disruptive force with public transport, then the drive for common sense as a skill set may make a university education a lot less important.

A small but growing number of employers, particularly technology companies like Google, "now care less and less which university you went to, or even if you went to university", said Mr Marc Tucker, president and chief executive of the United States' National Centre on Education and the Economy, in an interview with The Straits Times.

Mr Tucker, who was in Singapore on a study visit last month, said these companies have been developing systems that are designed to find out if individuals possess qualities that are needed in the future economy.

They include the ability to quickly integrate large amounts of information and put it together to produce specific results.

I see schools starting to find different ways to teach academics to the same standards, but that will also allow the kids to develop a deeper understanding of the skills that they need to be successful.

MR MARC TUCKER, president and chief executive of the US' National Centre on Education and the Economy, on how the education system will be strengthened by new ways of teaching.

They also need to be able to lead and inspire others, be an effective group member, to conceive a project and its goal, and to organise the project to achieve that goal.

"Interestingly enough, it turns out that common sense is not at all that common... general-purpose intelligence is very hard to come by, and hard for machines to (replicate)," he said.

Mr Tucker, 76, said there is little evidence to show that the knowledge and skills gained in university are the ingredients for success after graduation.

"What is clear is that the top employers are trying to get the products of the best universities - but that's a different statement."

Singapore has begun a "very intentional" effort to start thinking about these common-sense qualities that will be necessary in the future and how they can be cultivated in students, he said.

That was what he noticed over the course of his five-day trip last month, which included visits to Northbrooks Secondary School, NorthLight School and Xinmin Secondary School.

The best way to make sure that they can find new work is to provide them with a foundational education that's going to make it much easier for them to learn something new.

MR TUCKER, on how the education system should equip students with the skills to quickly adapt in a rapidly changing world.

At Northbrooks Secondary, which has developed a niche in applied learning through aerospace, he saw an aeronautics programme in action. A group of 15 students each had a plane that was about 50cm in length with its own unique design, and they had to determine how to add a weight to the plane in order for it to go into a stall after being launched.

"It was pretty clear that they had studied, in their physics class, the principles of aircraft design, and that what you needed to accomplish a stall was to add weight - but they had to figure out how much weight to add, and how far it was from the centre of gravity."

He also saw students on a climbing wall at Xinmin Secondary, where they were given "the opportunity to tackle something difficult and dangerous" and also learn "that you can't accomplish a task without the collaboration of others and trusting others".

These applied learning programmes put into practice what has been learnt in theory. With these programmes, Mr Tucker said, students will be able to develop the skills that allow them to know what kind of information is needed to solve a problem.

They will also learn how to integrate new information with existing knowledge.

Referring to the requirements of the future, he said: "I was watching all of this and thinking that this is exactly what Singapore needs."

While some parents may worry that time spent outside the classroom will eat at students' grades, Mr Tucker doubts it will lower the quality of the academic system.

"I see schools starting to find different ways to teach academics to the same standards, but that will also allow the kids to develop a deeper understanding of the skills that they need to be successful."

This realignment of how students learn must apply to vocational learning too, he said.

"For a very long time, vocational education meant training people for jobs that did not require a university degree, and in Singapore that began very early in the 1960s," he noted.

As secondary to university education embraced applied learning, vocational education must include more theory too.

He said training students only for specific vocations - such as carpenters or mechanics - run the risk of putting them out of work if technological developments render their occupations obsolete. 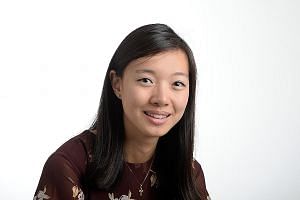 Zooming in on jobs of the future

The way forward, he said, is an education that allows students to draw on both theory and practice to quickly synthesise new information and solve problems through project-based learning.

"The best way to make sure that they can find new work is to provide them with a foundational education that's going to make it much easier for them to learn something new," he said.

For that, schools here are changing assessment methods. Questions that do not come with fixed model answers are emphasised.

He said such questions nurture creativity and innovation - areas in which it is less likely for computers to replace humans.

Singapore is in a good place to adopt project-based learning, thanks to its higher teaching standards.

"That doesn't mean you're going to be where you need to be, but what I have seen Singapore do at each stage is to develop and figure out where the world is going, and then to develop and get there," he said.

He cited Switzerland, Denmark and Germany as countries with universities that have a strong emphasis on applied learning.

During his trip, Mr Tucker said, Minister for Education (Schools) Ng Chee Meng had asked him how these 21st century skills can be assessed.

They can't, he said. And that will require a mindset shift.

"It's a question on the minds of a lot of people, certainly in the United States. And I told him that in my view... I don't think they can be measured and I don't think we should try.

"We're going to have to find a way of conveying to parents, employers and universities how well an individual does in these arenas - but without engaging in that sort of foolishness."

A version of this article appeared in the print edition of The Straits Times on November 07, 2016, with the headline 'Making sense of job skills for the future'. Subscribe
Topics:
More
Whatsapp Linkedin FB Messenger Telegram Reddit WeChat Pinterest Print Purchase Article Copy permalink