Despite changes, some parents will still try to game system to get kids into top schools

Kiasu Singaporean parents will continue to game the system despite the recent tweaks to the Direct School Admission (DSA) scheme - seen by many as a backdoor to popular schools, said observers.

The DSA was designed to grant talented pupils a place in the secondary schools of their choice before the Primary School Leaving Examination (PSLE). The focus was on specific talents such as sports and music, instead of general academic ability.

After it was introduced in 2004, some parents discovered it could be used as a channel for pupils to secure places in sought-after schools, especially those offering the Integrated Programme (IP) whose students bypass the O levels. Bright pupils, who would have done well at the PSLE anyway, excelled at the general academic ability tests that were adopted by some schools as part of the DSA scheme.

Last Tuesday during his ministry's budget review debate, Education Minister (Schools) Ng Chee Meng announced that following a review, the DSA scheme was to be realigned to its original intent.

Among other things, the general academic ability tests are being phased out.

WHY GAME THE SYSTEM?

Housewife Wendy Lim, 44, is still planning to send her son to a top school in the west. "It is like a short- cut to the top schools," she said. "The sad truth is that people are still going to judge you based on the school you go to."

Another parent, who declined to be named, described the DSA as an insurance "in case something goes wrong during the PSLE".

Parents send their children for everything from enrichment classes to interview preparation courses, as well as compile a stellar portfolio of accolades and certificates.

Some even engage private one-on-one sports or public speaking coaches to boost their children's chances.

Ms Jackeline Carter, 52, founder of J Carter Centre for Public Speaking, has helped "a few hundred" with the DSA over the last six years. She offers interview coaching sessions and helps pupils with portfolios, among other things. From about 20 to 30 per cent growth a year, the number of pupils who attend her classes more than doubled last year.

It is the same at Paideia Learning Academy, which offers similar services. Last year, it had close to 150 pupils and was oversubscribed, said principal Jacqueline Chua.

Ms Teresa Lynn Woo said parents will go to great lengths, and spend a lot, to get their children into popular schools via DSA. Some even opt for lessons that cost up to $300 an hour. After Ms Woo, 46, discovered that her daughter Skylar, 13, was a good track athlete , she paid more than $3,000 to put the girl through sports coaching, speech classes and courses to prepare for the general academic ability tests.

Skylar applied to three popular girls' schools under the DSA.

The former Henry Park Primary pupil eventually joined Nanyang Girls' High in January. Ms Woo said her daughter might not have been able to get in using her PSLE result.

There have been complaints that brand-name schools use the scheme to reserve not just sports or arts talent, but also top academic talent, including those in the Gifted Education Programme.

It is like a short-cut to the top schools... The sad truth is that people are still going to judge you based on the school you go to.

HOUSEWIFE WENDY LIM, who intends to send her son to a top school in the west.

ACHIEVING GOAL, BUT AT WHAT COST?

Some had to struggle academically, and it had an adverse effect on their self-esteem... While one may eventually get their desired choice, one may end up with a very unhappy and burnt-out child.

In Parliament last week, Mr Ng said the DSA scheme should not be seen as an entry ticket to popular schools. With the changes, pupils whose talents lie beyond book smarts will face a more level playing field in getting into their desired schools. So by next year, the general academic ability tests are out. This change will affect the current batch of Primary 5 pupils. However, some schools may even stop using these tests from this year's exercise.

Schools will instead focus on identifying pupils with talents in specific areas. They can use a range of assessment tools, such as interviews, trials and auditions, to admit students.

Mrs Mary Seah, principal of Tanjong Katong Girls' School, said the removal of the general academic ability tests is "an encouragement for students to pursue their dreams". But her school will still look at pupils' academic performance to "gauge whether they will be able to follow the curricular pace and rigour of the school".

Some educators believe the removal of the general academic ability tests has its drawbacks.

"There is a risk that selection may become more subjective," said National University of Singapore economics lecturer Kelvin Seah. Schools have to make transparent their selection criteria, like the qualities pupils should possess, he added.

But Nanyang Girls' principal, Madam Heng Boey Hong, said there will always be a certain degree of subjectivity if selections are done beyond looking at grades.

The Ministry of Education (MOE) said about 30 per cent of students were admitted to schools based on their general academic abilities.

From next year, all secondary schools will be able to reserve up to a fifth of their non-IP places for pupils entering via the DSA. The non-IP route prepares students to sit the N or O levels at the end of their secondary school education.

But this change will not apply to specialised independent schools and schools offering IP. They will still have full discretion in admission, though MOE said schools with IP on average take in only 35 per cent of their students via the DSA.

Jurong Secondary principal, Mrs Ruby Khoo, said: "In this light, every school is a good school. For every child, there will be a school that will support his  aspiration and talent."

Housewife Jenny Tan, 44, who has two children aged nine and 11, said: "Mindsets do not change overnight. Parents may not be convinced that allowing their kids to go to a relatively unknown school to chase their dreams is a good idea."

Accountant Jeremy Ho, 39, said parents may force their children to pick up sports and the arts just to get into top schools. "It might add more stress for our children."

But Ms Kelly Kishor, 49, who has trained pupils for DSA entry tests, said: "Singaporeans tend to create their own stress factors, no matter how one may tweak the system."

Dance studio Artiste Quotient used to hold a DSA preparation programme, but stopped offering it after observing that some of the students who made the cut were unhappy at their new schools.

Principal Josephine Wang said: "Some had to struggle academically, and it had an adverse effect on their self-esteem."

But she said there will be parents who will study the changes and find new loopholes. "While one may eventually get their desired choice, one may end up with a very unhappy and burnt-out child," she added. 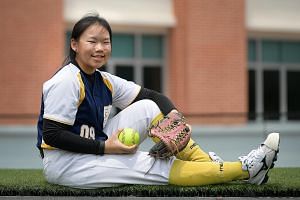 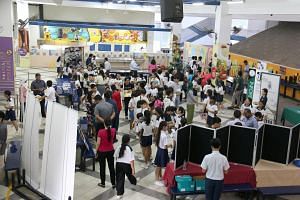 Do more to raise awareness of programme: Observers 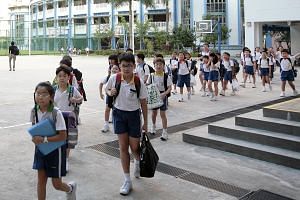