Boys and girls may have different strengths - with girls being better in processing speed and language, while boys have better memory and mathematics skills.

But children - regardless of their gender - develop differently, and parents should understand their strengths and weaknesses individually, said psychology experts.

Males did better in other areas such as memory, arithmetic skills and the ability to resolve conflicting information, according to the study published in the January 2017 issue of the Journal Of Neuroscience Research.

It is not surprising that girls do slightly better at written tests, said Prof Qu, as the six domains they fare better in are "essential cognitive skills for a student to perform well in the PSLE and O levels, and to learn well in a school setting".

The skills that boys are better at tend to be more useful for hands-on tasks, she added. 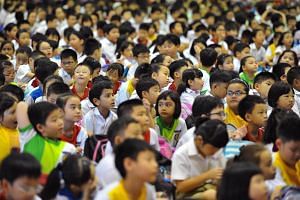 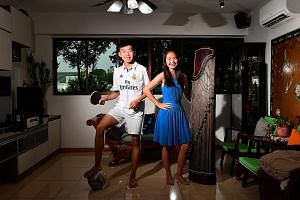 Boys not in a hurry to grow up, says mum

But she noted that these differences, although statistically significant in larger population samples, are "relatively small" at the individual level, suggesting that educators and parents should not resort to stereotyping both genders.

Instead, they could support children according to their learning styles and developmental patterns, she said. "Children develop at different paces and, in the end, it boils down to individual learning needs. It does not mean that girls cannot be good engineers," Prof Qu added.

Assistant Professor Ryan Hong from the National University of Singapore's psychology department said in terms of maths and verbal reasoning, there is "no or very small" difference in ability between both genders. "If cognitive abilities do not seem to account for differences, then perhaps temperament or personality might account to some extent," he said. For instance, girls tend to be better in focusing on relevant tasks and persevering while boys may be more physically active and distracted, he added.

Psychologist Daniel Koh from Insights Mind Centre said girls and boys may have varying learning styles - girls, for example, use more inductive thinking, which refers to making broad generalisations based on specific observations.

Boys are deductive thinkers, which means they reach conclusions based on logic.

But, ultimately, a child's performance is also based on his family environment, school culture and his self-belief, added Mr Koh.

A version of this article appeared in the print edition of The Sunday Times on January 22, 2017, with the headline 'Better for parents to support children based on learning needs'. Subscribe
Topics:
More
Whatsapp Linkedin FB Messenger Telegram Reddit WeChat Pinterest Print Purchase Article Copy permalink