A pilot scheme KidStart, which aims to level the playing field for disadvantaged children, will be made permanent in a bid by the Government to break the cycle of poverty in Singapore.

It is among a series of moves that the authorities want to make to intervene earlier to prevent social problems, such as inequality and family dysfunction, from becoming entrenched, said Social and Family Development Minister Tan Chuan-Jin in an interview with The Straits Times last week.

Another is to develop early intervention programmes for at-risk youth and adults.

While the Gini coefficient shrank slightly from 0.463 in 2015 to 0.458 last year - suggesting that the rich-poor gap is narrowing - it remains stubbornly among the highest in developed countries. Some children from poor families find it tough to move out of the poverty trap, said the minister.

"Certainly, anecdotally we see that (intergenerational poverty) happening," he said. "For certain family circumstances, we know it is challenging and the probability of perhaps poorer outcomes for the children as they grow up will be higher. So we want to make sure that we intervene." 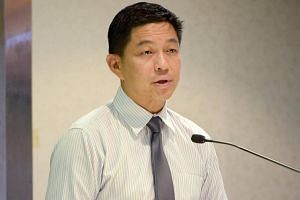 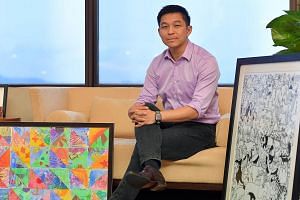 Online pleas for aid: Govt may step in with details, says Tan Chuan-Jin

Last year, his ministry piloted KidStart, a three-year scheme to help 1,000 disadvantaged children aged up to six. Mr Tan said he wants to expand it beyond the five locations where it is now in place even before the pilot ends, depending on resources available.

The Government is also stepping in earlier to help workers and families who are showing signs of financial struggle yet would not usually qualify for ComCare aid.

Last year, nearly half of approved applications for short- to medium-term aid were granted to such beneficiaries, said the Ministry of Social and Family Development. Some were offered a higher cash quantum or had their period of aid extended if they still could not find jobs.

Mr Tan said such flexibility is especially important today when many Singaporeans are finding their livelihoods affected by disruption due to technology. "I think we will continue to see this affecting us for years to come. Some jobs will disappear from the market."

Singapore Children's Society lead social worker Gracia Goh said: "A good outcome of preventive work is that there is no problem, and that may make it harder to justify its importance. It requires moral courage to invest resources before a social problem gets worse, or even starts."