The police have issued stern warnings to two Muslim Singaporeans linked to the video of the imam who made offensive remarks against Jews and Christians. One uploaded it on Facebook; the other supported the imam's remarks.

Both men issued public apologies through the Ministry of Home Affairs (MHA) yesterday.

Mr Terence Kenneth John Nunis, 40, was warned for posting the video online instead of reporting it to the police. The Public Prosecutor has "assessed that his actions were also in breach of the law", the MHA said.

The investment associate wrote in his apology: "I accept that what I did was wrong. Instead, I should have only reported the incident to the police. My action was racially and religiously divisive."

He added: "I deeply regret my actions, and undertake not to repeat my conduct. I also accept that I made the situation worse by making some intemperate remarks." 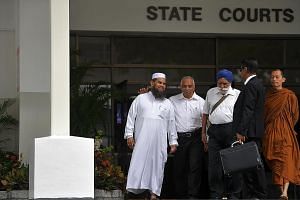 Imam fined $4k over offensive remarks, will be repatriated 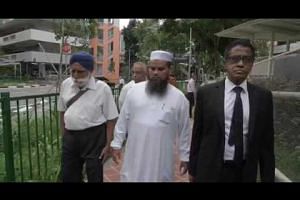 Dr Syed Muhammad Khairudin Aljunied, 40, was warned for two Facebook posts made on March 1 and March 2. The posts by the National University of Singapore (NUS) associate professor were a fictional conversation between an imam and a convert, "the effect" of which was to support the imam's remarks.

The Public Prosecutor assessed that his actions amounted to an offence, the MHA said.

In his apology, Dr Khairudin said he made the posts without understanding the facts and that he disagreed with the imam. "I also wish to say that my posts could be seen as being supportive of the Imam, and I was wrong to have put them up," he wrote.

NUS, which suspended him and conducted its own investigation, said it had warned him for breaching the university's code of conduct for staff. He is expected to resume his duties at NUS, the university said.