The New Year is a time when many people welcome the fresh start with ambitious personal challenges . The Straits Times speaks to three individuals with New Year's resolutions that embody a wider purpose - from helping kidney patients to reaching out to inmates and saving the environment.

However, when his 76-year-old father - who had suffered from kidney failure for three years - died in August last year, Dr Kee resolved to do more for his patients.

His father, Dr Freddie Kee, had worked as a general practitioner in Tiong Bahru in the 1970s and 1980s, and inspired the younger Dr Kee to study medicine.

When he was growing up, residents in the area were not well-off, Dr Kee recalled, and often could not afford medical treatment.

"One of the things my father used to do was give free treatment to poor residents," he said, adding that this earned his father respect and love from the community.

"When he died, a lot of these memories started coming back. I thought that to honour his legacy, I could take part in something meaningful."

So on Jan 25, Dr Kee will set off on a five-day cycling road trip, covering more than 1,200km across three countries.

Together with more than 70 others, Dr Kee will travel from Hat Yai in Thailand through Malaysia, before ending in Singapore.

The ride aims to raise at least $10,000 for the Kidney Dialysis Foundation (KDF), which provides subsidised dialysis and supports kidney disease research. 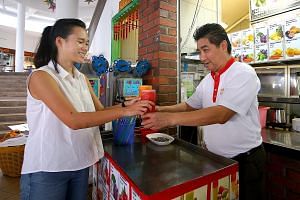 Not buying new clothes for a greener earth 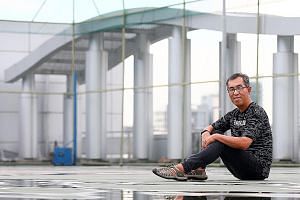 He wants to end bias against convicts

An avid cyclist, Dr Kee cycles 12km every day from his home in Bukit Timah to work.

But this is the first time he is undertaking a journey of such a great distance, where the risks include heat exhaustion and road accidents.

The charity ride, termed the KDF Millennium Ride, is now in its fifth year. "I've been asked to join the ride before, but I felt I was not strong enough," said Dr Kee.

But the death of his father - who had given him his first bicycle when he was a teenager - motivated him to take the plunge this year . "I'm not getting any younger, so I thought I will take on a challenging ride to do some good while I still can."

Dr Kee noted that many people whom the KDF supports are from the lower-income group.

Kidney failure is a devastating disease, he said, adding that dialysis is a difficult process that often leaves patients weak for the rest of the day.

Dr Kee said it is sometimes difficult for kidney patients - who include not only the elderly but also working adults with families to support - to find jobs, given their need to go for regular dialysis treatments.

"They have mouths to feed and houses to pay off," he said. "If we can help offset the treatment cost, that's one load off their minds."