As the work week began yesterday, organisations and companies in Singapore were relieved to learn that they had emerged relatively unscathed from the global ransomware attack, but not all countries were that fortunate.

Variants of the worm, dubbed WannaCry, started attacking Microsoft Windows machines last Friday. By yesterday, some 150 countries had been hit.

In Singapore, where many companies had their systems checked at the weekend, the damage was relatively light.

Mr Dan Yock Hau, director of the National Cyber Incident Response Centre, said yesterday: "As of this afternoon, no critical information infrastructure has been affected."

The centre is a unit of the Cyber Security Agency of Singapore (CSA).

CSA is also working with telcos Singtel and StarHub to set up helplines to advise their customers - especially businesses - on recovering from the ransomware attack.

It is also keeping tabs on the global situation. 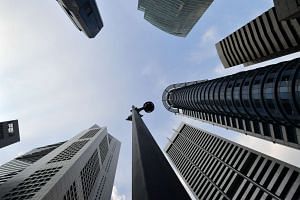 In China, hundreds of thousands of computers at nearly 30,000 institutions, including government agencies, were hit by the attack.

French carmaker Renault halted production in several of its factories, while German railway company Deutsche Bahn's information screens and ticket machines could not work. Even Russia's Interior Ministry was hit.

At Dharmais Cancer Hospital in Jakarta, Indonesia's largest such facility, access to patients' medical records was cut off after the attack.

A note demanding a ransom of US$300 (S$420) went out to those whose computers were infected, threatening that their encrypted files would otherwise be deleted.

More than US$42,000 of ransom has been paid to date globally.

The victims had not applied a software patch to fix a flaw in their Windows systems or were using old unsupported systems.