The review of protocols was announced after a 14-year-old schoolboy, Benjamin Lim, committed suicide on Jan 26 last year hours after he was taken from school and questioned at the Ang Mo Kio police division for a case of alleged molest.

The case generated much publicity and sparked concerns about the way young suspects are treated by schools and the police.

The review committee was asked to consider lessons from his case and whether processes had to be changed. More than 7,000 young suspects were arrested by the police between 2011 and 2015 for offences including serious ones such as rioting.

At the press conference on Friday, Home Affairs and Law Minister K. Shanmugam said the existing processes are sound but adjustments are needed to further improve coordination among agencies.

Led by the Ministry of Home Affairs, the review committee involved the Education Ministry, Ministry of Social and Family Development, and the Attorney-General's Chambers (AGC). 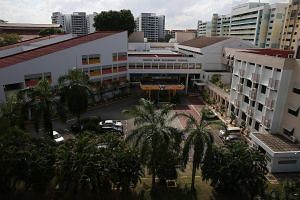 The Benjamin Lim case led some people, including criminal lawyers, to suggest that the Appropriate Adult Scheme could be extended to minors. This scheme allows for a trained volunteer to accompany a person with intellectual or mental disabilities during police interviews.

Addressing the media on Friday, Mr Shanmugam said the new scheme tailored for young suspects is a separate one from the adult scheme but building on the success of the existing scheme.

It will be launched in phases from April and be fully implemented by mid-2019. The scheme is expected to cost around $400,000 in the first phase and will start off with about 100 volunteers.

Trained volunteers will look out for signs of distress in suspects, provide emotional support and aid in their communication with the investigator where necessary.

But the volunteers must remain neutral and not advocate for the young suspect, provide legal advice or disrupt the course of justice in any way.

While it was noted in a Coroner's Inquiry into Benjamin Lim's death that his school had treated him sensitively, police protocols do not allow others to be present when officers are interviewing suspects at a police station.

It is also not the police's practice to allow teachers or school staff to be with a student in a police car.

In Britain and parts of Australia, an "appropriate adult", such as a parent, guardian or social worker, has to sit in during police questioning of a person under 18.

When delivering his findings in August, State Coroner Marvin Bay also suggested that school counsellors could accompany their students being taken to a police station for questioning.

His recommendations also touched on communicating clearly and directly with a young suspect, putting his or her worst fears at rest and offering a reassuring presence.

A social service organisation will be appointed by the National Council of Social Service to recruit volunteers, facilitate training, and manage and activate the Appropriate Adults for interviews of suspects by the police and Central Narcotics Bureau.

An implementation committee has been set up, led by the Attorney-General's Chambers.