He was known as a generous and religious man, and his neighbours' children treated him as an older brother.

The neighbours trusted him so much that their daughter, R, stayed with him and his two "wives". They sang karaoke, played with cats, and he advised her to wear the hijab.

She was 13 then and told The Straits Times that they developed feelings for each other. Her own family was crumbling and he was there for her. But he also repeatedly had sex with her. 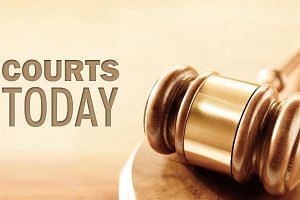 Woman acquitted of sexual penetration of a minor

No one - neither the neighbours nor his wives - suspected then that this person with his masculine manners was, in fact, a woman.

The victim, now 18, says she still suffers nightmares and can hardly sleep. "She took advantage of my family situation, betrayed my trust and destroyed our lives."

This unusual case has come under the spotlight after Senior Judge Kan Ting Chiu on Tuesday acquitted 39-year-old Zunika Ahmad of six counts of sexual penetration of a minor to which she had pleaded guilty. He reasoned that only a man can be charged with such a crime, given the way Section 376A of the Penal Code, enacted in 2007, was written.

He added it was up to the legislature to amend the provision to make it clear that it includes a woman, if that was indeed the intention.

"The same thing could happen to other young children," she told The Straits Times, as she shared her story. To protect her identity, her real name is not being used.

The teenager now lives with a younger sister, an older brother and their parents in a four-room public flat. Around 2011, they got to know Zunika, her "wives" and a child of one of the women. The flat they lived in was registered to one of the "wives" and her daughter.

Though Zunika had no facial hair, her deep voice, masculine demeanour and being "married" gave her neighbours no reason to suspect her real gender.

"My family trusted her because she has her own family and seemed very religious. She taught me and my siblings how to pray and made me wear a hijab," said the victim, R.

In 2012, when she was around 13, R and two of her siblings began to spend most of their time in Zunika's flat. They would go back to their home only to shower and change. The victim's father allowed this to go on as he trusted Zunika.

R said she chose to live with Zunika as her own family was crumbling. Frequent quarrels between parents saw her mother leave home for six months. Her siblings had their own problems.

Zunika provided the children with pocket money, even giving them mobile phones to use. But she kept her on a tight leash, said R.

She was only allowed to leave for school, after which she had to go straight home to clean the flat. If she was late or did not do her chores well, she alleged that Zunika would either hit her with a cane, hanger or her hands, on her back or the soles of her feet so that any marks would not be obvious.

So why did she put up with it? Because she thought she was in love with Zunika, who had promised to marry her when she turned 16.

R never knew Zunika, who wore T-shirts and three-quarter pants at home, was a woman throughout. Zunika also favoured an ankle-length robe and turban during religious occasions.

"I didn't suspect at all. When Zunika was menstruating, she told me it was because she had a stomach tumour. She was also taking a lot of hormone pills but she told me those were to control the growth of her beard," she said.

In March 2014, according to court documents, Zunika got into an argument with the victim over certain text messages. She allegedly slapped and punched R, then chased her out of the house.

Two days later, R's sister told Zunika the victim would no longer stay over as the relationship had turned sexual. The family also went to the police. They were shocked when police told them Zunika was a woman.

This was when Zunika's two "wives" also found out her real gender. Till then, Zunika, who had a fake Indonesian passport under the identity of a man, had told them that they must not touch or see her private parts - for superstitious reasons - while performing sex acts.

Though her parents have reconciled and she has a boyfriend now, R, who works part-time, still has nightmares about what happened and manages to fall asleep only after 4am every day. She was offered counselling by the authorities but she said she was too overwhelmed at the time to go.

"I thought she was a man when she took my virginity, so why can't she be charged like a man?" asked R.

According to her lawyer, Zunika intends to go for gender reassignment surgery once she is done serving her jail term and reunites with her two "wives".