It was in 2009 when Yang Yin first moved into Madam Chung Khin Chun's sprawling Gerald Crescent bungalow, going on to trick the 89-year-old widow into handing over more than a million dollars.

But it was only five years later that her niece, Madam Hedy Mok, found out what he was up to, evicted him from the home and went to the police - leading to Yang yesterday being sentenced to six years' jail for criminal misappropriation.

Still, it was bittersweet for Madam Mok. "I regret not acting against him earlier," she told The Straits Times. "I did not know (the full extent of) what he had done until it was too late."

Madam Mok became embroiled in the saga in early 2014, when she visited her aunt during Chinese New Year with her mother, Madam Doris Chung. Madam Doris Chung noticed that her sister's memory was failing and asked her daughter Hedy to take her sister to a doctor.

Madam Chung was subsequently diagnosed with dementia and Madam Mok applied to be her aunt's guardian in June. That was when she discovered that her aunt had already granted Yang, a former China tour guide, legal powers in 2012 to have full control over her assets estimated to be worth $40 million, including her bungalow. The legal powers were revoked in November 2014, after Madam Mok applied to the court to have the Lasting Power of Attorney cancelled. 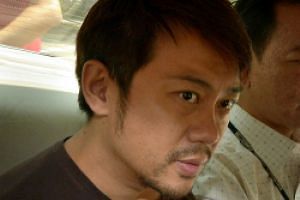 How judge decided on six-year term

When asked if she should have visited her aunt more often, Madam Mok said: "She is a private person." She knew that Yang was living in the bungalow but he had avoided meeting family members each time they visited, she said. After finding out that he had gained control of the widow's financial matters, she evicted him, his wife and two children from the bungalow.

Madam Mok, 62, who runs a tour agency, then took in her aunt to live with her in her semi-detached house in East Coast. Madam Chung has been living there since August 2014. The widow now spends her days reading newspapers in the morning and swimming in the afternoon. She also has a full-time maid to attend to her needs.

In court yesterday, Madam Chung, a retired physiotherapist, appeared oblivious to the proceedings. She closed her eyes during most of the trial. When asked by reporters how she felt about the outcome, she replied: "I don't know."

Madam Mok said she plans to sell the Gerald Crescent bungalow and use the proceeds for her aunt's upkeep. "The rest will go to charity according to her will," she added, although she has not decided when and how to sell the house.

When asked if she would miss the Gerald Crescent bungalow if it is sold, Madam Chung said: "Of course I will miss it. I lived there a long time. But Hedy's house is my home now."