SINGAPORE - The police have arrested two people, aged 18 and 53, for their suspected involvement in sending threatening letters and hell notes to four Cabinet ministers and a reporter.

The Straits Times understands that the letters were written in English and had hell notes attached to them.

Officers from the Central Division and Criminal Investigation Department identified the two suspects and arrested them on Thursday (May 4). 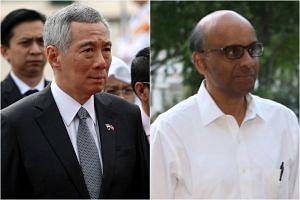 Handwritten letters, mobile phones, a laptop, envelopes and hell notes were seized after their arrest.

The case has been classified as criminal intimidation by an anonymous communication under Section 507 of the Penal Code.

Speaking to The Straits Times, Mr Koh Eng Khoon, chairman of the Association for the Recycling of Second Hand Goods at Sungei Road flea market, said: "I've been cooperating with the police. I'm glad that they have arrested the two suspects. I hope the right people will be punished."