Lim Koon Chuan, 58, who used to work as a technical supervisor, is accused of 21 offences under the Prevention of Corruption Act.

The Singaporean allegedly obtained or attempted to obtain bribes totalling at least $196,825 from various contractors either as a reward or an inducement for facilitating the award of tenders, introducing and inviting companies to quote for jobs offered by Sats, or showing favour in relation to business affairs.

He is also accused of transferring $20,000 to Chen Baoling, who was an assistant manager at Sats.

The money is said to be the benefits of his alleged criminal conduct.

Lim allegedly committed these offences between 2012 and 2017.

Chen, 36, who is also a Singaporean, is accused of accepting $3,000 in bribes from a manager of a company known as AT Services.

She allegedly took the money as a reward related to jobs offered by Sats.

Court documents did not reveal details about these jobs. 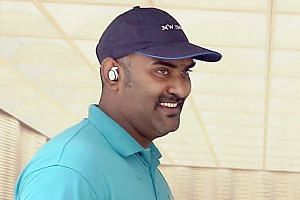 She is also said to have received the $20,000 from Lim and is accused of committing these two offences in 2017.

The court heard on Wednesday that she intends to plead guilty to her offences.

In a statement, the Corrupt Practices Investigation Bureau said Singapore adopts a "zero-tolerance approach" towards corruption.

It added: "It is a serious offence to accept or obtain bribes from another individual or entity."

For each count of corruption, offenders can be jailed for up to five years and fined up to $100,000.