SINGAPORE - The tour guide facing a civil lawsuit over his alleged control of a widow’s $40 million assets has an “arguable case”, a High Court judge has ruled.

Justice Judith Prakash said this in judgement grounds released yesterday, which explain why she ordered the release of Mr Yang Yin’s $98,000 insurance policy to help him pay his legal bills.

“Looking at the events that occurred from 2008 until the end of 2010, I was satisfied that Mr Yang had an arguable case of gift in response to (the rich widow)’s claim,” she wrote.

But the judge stressed she was not examining the merits of his case or Madam Chung’s, adding “at this stage I am simply looking at the circumstances in the round to ascertain if Mr Yang can put forward an argument. 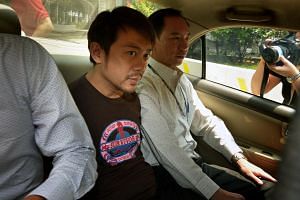 “Whether this argument succeeds will depend on how the evidence develops at the trial, including in relation to the undue influence contention.”

Mr Yang, 44, is being sued for damages by Madam Chung Khin Chun, 88, through her niece Hedy Mok, 61, for allegedly manipulating the former into handing over assets worth an estimated $40 million.

Mr Yang, who met Madam Chung in 2008 while acting as her private tour guide in Beijing, moved into her bungalow the following year and claimed the widow treated him as her “grandson”.

In the run-up to the civil suit,the court barred him last August from removing any of his assets or diminishing the value of any of his assets owned or jointly held , either here or abroad. Among these were two life insurance policies worth a total of $98,000.

The freeze meant he was unable to access his bank accounts and in April, Mr Yang, through his lawyer Joseph Liow, proposed to the court to liquidate the insurance policies to pay for his legal costs to fight the case. He had exhausted all means to borrow from family or friends.

Lawyer Peter Doraisamy, representing Madam Mok, opposed the move arguing Mr Yang had to show he had no funds of his own to draw and that he had an arguable case to show that the insurance funds like any of the other assets, belonged to him as they had been paid for by Madam Chung.

Justice Prakash found that Mr Yang’s external resources had all dried up and he had no access to funnds to conduct his defence.

Mr Yang, currently on remand for criminal charges, had no prospect of “generous lenders” willing to advance money, she noted.

Mr Liow said there was an arguable case that Madam Chung had paid for the insurance policies as a gift to Mr Yang as a symbol of her “love and affection” for him.

Justice Prakash ruled the requirement was for Mr Yang to show he had an arguable case and not that his defence would succeed at trial.

“The strength of his defence that they were gifts to him could conceivably vary from asset to asset,” she said, adding the claim of undue influence on his part might also have to be established in relation to each gift.

The judge added the case to draw the funds from the insurance polices was stronger compared to other assets, as it was less likely that Madam Chung wanted him to use the cash to look after her. Madam Mok is appealing against the decision.