SINGAPORE - The Real Singapore (TRS) co-founder Yang Kaiheng, 27, started and continued to run the now defunct socio-political website, contrary to his claim that his involvement was "fleeting", a new witness told a district court on the sixth day of the trial on Tuesday (April 5) morning.

In an application for a start-up competition in January 2013, Yang said that he and his then-girlfriend Ai Takagi "started and continue to run an online media news site at www.therealsingapore.com from which advertising revenue is gained", said undergraduate K Sudesh Durai, 26. He is Yang's former Yishun Junior College schoolmate and a floorball teammate.

Yang also described the site as "the most successful" business he has started to date, and "one of the top 100 sites, traffic-wise in Singapore". 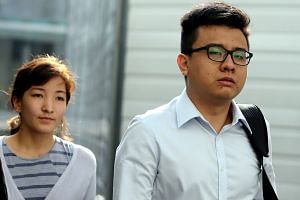 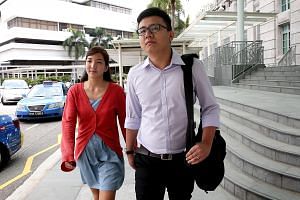 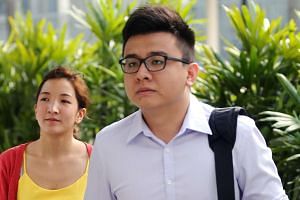 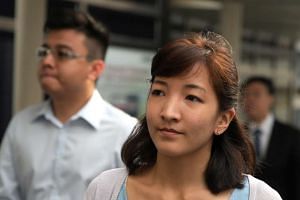 Yang, who faces seven counts of sedition, denies the charges, claiming his involvement was only for a month in 2012. He told the police that his involvement in TRS was only in the advertising aspects.

Along with Takagi and another friend, Mr Durai and Yang started Acreet, a website that partnered with companies to give away vouchers and gifts.

Amid discussions about Acreet conducted over WhatsApp and Facebook, Yang approached Mr Durai for help with the TRS website several times.

In one instance, he asked Mr Durai to think of merchandise he could sell on the TRS Facebook page, offering up to 20 per cent of the profits to Mr Durai if the idea took off.

That was because Yang had tried to sell T-shirts bearing slogans like "I want to be a millionaire so that I can buy my HDB" and "That moment you realized COE costs more than your entire education". But he found the sales disappointing, as only 5,000 people bought the T-shirts, netting him only a $2 profit each.

"If you can think of something simple that 500,000 people will buy and go viral, then we can earn our first pot of gold from my website," Yang told Mr Durai.

He also asked Mr Durai to recommend a mobile app developer for the website, to produce a mobile app like that of The Straits Times.

Yang also told Mr Durai that he earned about $4,000 to $5,000 a month from advertising revenue through TRS.

When Mr Durai said it was a "very decent amount", Yang replied in a Facebook message: "yah i wan earn more i wan buy car bungalow".

But in the end, the partnership between Yang and Mr Durai soured in April 2013.

Yang had thought that Acreet would not take off, and told Mr Durai that he was "not really keen any more".

When Mr Durai asked Yang to transfer the Acreet domain to him as he had come up with the name, Yang refused, adding "no thanks bye bye go sue me then" and used a Hokkien vulgarity on him.

Mr Durai was contacted by the police to be a prosecution witness only on Sunday (April 3), after the prosecution found forensic evidence already in their possession.

The defence sought to prove that the "technical terms" Mr Durai said Yang used did not necessarily indicate a level of expertise that was alluded to. These terms, as pointed out by Mr Durai, included "search engine optimisation", "BIGCOMMERCE cart system" and "CPanel." Asked by Mr Choo if these terms were fairly common, Mr Durai agreed.

Mr Choo also tried to show that it was Mr Durai who suggested to Yang what to highlight in his application form for the start-up competition in 2013. When asked if this was the case, Mr Durai said he could not remember.

During the defence's cross-examination of Mr Durai, Deputy Public Prosecutor G. Kannan took issue with Yang using his mobile phone to communicate with Takagi, a material witness, while in the dock.

But Yang said his wife, who is believed to be 10 weeks pregnant, was bleeding and was seeing a gynaecologist at the Singapore General Hospital. Takagi was earlier sentenced to 10 months' jail after pleading guilty to four counts of sedition.

The hearing continues on Wednesday (April 6).