Over two years, a town council's general manager was treated to KTV sessions - including alcoholic drinks, tips for staff and flower garlands for lounge singers - by a director of two construction companies.

Wong Chee Meng, 59, also received other bribes from Chia Sin Lan, 63, such as a $13,500 discount on a used car and financial transfers totalling close to $27,800 to his mistress in China.

In exchange, Wong, then general manager of Ang Mo Kio Town Council (AMKTC), used his position to influence the outcome of tenders which Chia's firms were bidding for, such as by instructing staff to adjust tender scores in their favour.

Yesterday, the duo pleaded guilty to the charges of corruption, ending a trial that started last September.

The gratification, amounting to more than $86,000, was given by Chia between 2014 and 2016, to further the business interests of his firms, 19-ANC Enterprise and 19-NS2 Enterprise. According to court documents, Wong, who worked for CPG Facilities Management, AMKTC's managing agent, had become "beholden" to Chia.

Wong, also known as Victor, was AMKTC's general manager from 2013 to 2016. In September 2016, AMKTC received a complaint about the way Wong had handled contracts. He was removed from duty a month later and later investigated by the Corrupt Practices Investigation Bureau.

In a 2016 tender for the supply of low-emission incense burners, for example, 19-ANC was the fourth lowest bidder, and AMKTC's contract manager had recommended that the contract be awarded to the lowest bidder, Uniquetech.

But knowing that 19-ANC's incense burners were the most environmentally friendly, Wong told his staff to focus on this aspect, raising the tender evaluation score for 19-ANC, while decreasing Uniquetech's. He also denied requests from other tenderers to produce a mock-up burner to meet the town council's requirements. 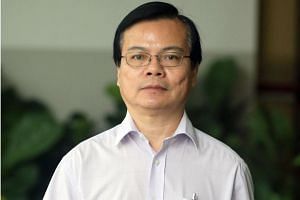 "As a result, the other tenderers were unable to compete on equal terms as the incumbent 19-ANC, which was already supplying burners to AMKTC at the material time under a prior award," court documents said.

Wong also admitted influencing his staff to include 19-ANC in the list of contractors to invite for quotations. These are given for ad hoc works valued at less than $70,000, when no tenders are called.

"Owing to his influence, unless 19-ANC could not provide the required works, the staff of the contracts department automatically invited 19-ANC, on their understanding that this was Victor Wong's preference," court documents said.

The duo each faced more than 50 counts of corruption at the start of the trial but the charges have since been amalgamated.

Wong and Chia each pleaded guilty to three charges of corruption, with bribes amounting to more than $75,300.

The first charge was over a $13,500 discount on a Toyota Corolla Altis owned by 19-ANC and sold to Wong.

The second charge was for offences amalgamated over the payments to Wong's mistress which totalled $27,800.

The third charge covers entertainment expenses such as at KTV lounges and massage parlours, which amounted to over $34,000.

Two other charges - the free use of a mobile phone line which Chia gave Wong, and work he found for Wong's daughter-in-law - will be taken into consideration. These bribes amounted to more than $10,700. Chia also pleaded guilty to a charge each against his firms of conspiring to bribe Wong.