Judge tells the 16-year-old, who is a single mother of two, to cherish chance given

A 16-year-old single mother of two, believed to be the youngest drug trafficker in Singapore, was put on two years' probation yesterday for selling a packet of drugs to a youth.

The accused, who is now pursuing a three-year course in retail services, had admitted to selling a packet of methamphetamine, or Ice, to a 17-year-old youth at a Housing Board block in Ang Mo Kio Avenue 6 on May 30 last year.

The methamphetamine, weighing at least 0.26g, was sold for $80, the court heard.

The accused said she did not make any money from the transaction, but had earned $10 a packet from some of the earlier 10 transactions with the youth.

District Judge Eddy Tham told the accused to cherish the chance given to her, or the consequences would be very dire for her and her children.

He noted that her mother, who is in her 50s, has a very serious health condition and is undergoing radiotherapy.

"You are very young, 16 years old and a mother of two. You have to grow up very fast. Your mother needs you to grow up as well. She needs you to support her. She is also taking care of your children. To me, she is an amazing woman," said the judge.

The accused was arrested on June 5 last year, two days after the youth's arrest.

The court heard that he would leave money at a staircase landing at the HDB block and the accused would collect it and place a plastic packet containing the drug at the same spot. She would call him and tell him "okay". He would then go there to pick up the packet. 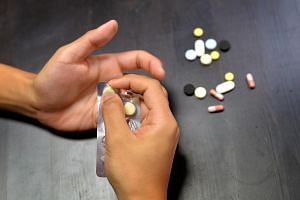 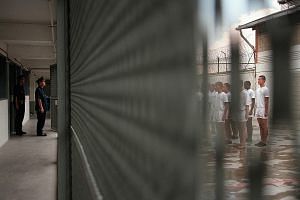 The accused had obtained her supply of Ice from a 22-year-old who has not been charged.

Investigations showed that the accused's mother had repeatedly advised her "not to play with drugs" but she did not listen.

Her lawyer, Mr Choo Si Sen said in mitigation that the two biological fathers of her children, aged one and two, have neglected in looking after or maintaining the two sons, who are in childcare.

He said she was a "simpleton and immature", totally unaware of the serious consequences of her act.

"The accused said that she has fully realised her misdeeds and is determined to pursue her studies to become a responsible mother and a filial daughter to look after her two young sons and her mother," he said.

Under the probation order, she will undergo two years of split probation. She will be electronically tagged for 12 months instead of six, and will remain indoors from 10pm to 6am. She also has to attend a drug intervention programme and undergo regular and random urine tests.

Her mother was bonded for $5,000 to ensure her good behaviour.

The minimum sentence for drug trafficking is five years and five strokes; and the maximum is 20 years and 15 strokes. Women, and men above 50 cannot be caned.